CARY, N.C.---John E. Millheim, a Baptist pastor and seminary professor who encouraged 1960s fundamentalists to discard their flamboyant and inflammatory past, died on Dec. 29. 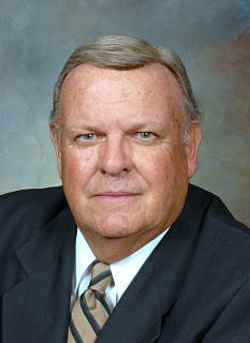 CARY, N.C.—John E. Millheim, a Baptist pastor and seminary professor who encouraged 1960s fundamentalists to discard their flamboyant and inflammatory past, died on Dec. 29.

Fifty years ago, when he was hired as general secretary of the American Council of Christian Churches, John Millheim distanced himself from the “angry fundamentalists” who were grabbing newspaper headlines by picketing religious events they considered to be liberal. Yes, Millheim had substantive concerns about eroding theological values, but his methods were considerably different.

“What I admire about Millheim is that he remained committed to the task in the face of hardship, opposition, and disappointment—much of it caused by other fundamentalists. He never abandoned the defense of the truth,” says Kevin Bauder, research professor of systematic theology at Central Baptist Theological Seminary.

Born in Philadelphia on Nov. 9, 1934, Millheim attended Wissinoming Baptist Church and made a profession of faith at age 9. He was president of the Northeast High School Bible Club his junior and senior year, then took the three-year course at Philadelphia Bible Institute (now Cairn University). He earned a diploma and married Esther Steinbruck in 1955. After graduation, he studied for a year at Houghton College, where he completed a BA in 1956. Wissinoming Baptist ordained him to the gospel ministry in 1957.

He was called to Calvary Baptist Church, Norwalk, Ohio. During his tenure the church would grow from 91 to 450 members and would construct a new auditorium. While pastoring Calvary Baptist, he served as clerk for the Hebron Association of Regular Baptist Churches and became active in the Ohio chapter of the American Council of Christian Churches. Resigning from the pastorate in 1964, Millheim become general secretary of the ACCC.

Founded in 1941 as an alternative to the liberal National Council of Churches, the ACCC was led by Carl McIntire, a Bible Presbyterian pastor with an uncanny ability to capture newspaper headlines. In an era when Biblical authority and inerrancy were under significant attack, the ACCC’s original ideal was to promote fellowship among all Christian denominations that still embraced orthodox theology. At one point the ACCC claimed 43 member denominations.

As the NCC drifted from liberal theology into liberal politics, there was a strong temptation for the ACCC to respond with a similar mix of conservative religion and politics. By the mid-1960s, newspapers showed Carl McIntire leading demonstrations against racial integration, demonstrations in favor of the Vietnam war, and any number of positions that seemed distant from the ACCC’s spiritual goals. 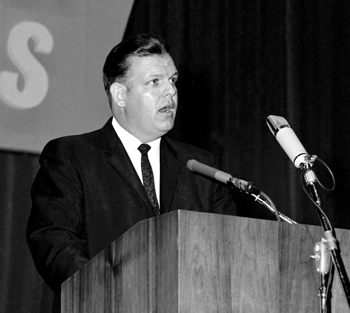 While John Millheim remained concerned about the National Council of Church’s drift into liberal politics, he did not believe the ACCC’s response should be political.

“Our fight, however, will not be waged with the carnal weapons of man’s inventions, but with the two-edged Sword of the Spirit, the Word of the Living God,” Millheim said in a famous sermon at the 1967 GARBC Conference in Seattle. “We war not with fists, but with facts; not with bombs, but with Bibles; not with guns, but with God, Who will be victorious ultimately in this battle in which we are presently engaged. We cannot afford any longer to sit on the sidelines as observers; rather, we need to get out on the battlefield as participants.”

Rather than picketing his opponents outside the convention hall, John Millheim walked right in the front door, attending the events with a press pass and responding with thoughtful analysis in the Baptist Bulletin. When critiques were necessary, Millheim patiently offered a Scriptural rationale for his concerns. 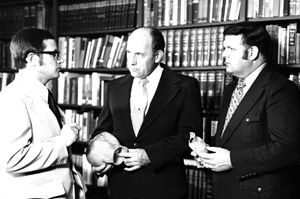 In 1972 Ernest Pickering recruited Millheim to serve as director of alumni and public relations at Baptist Bible College and Seminary, where he also taught theology classes. Millheim was later named seminary director and then vice president for the graduate division, serving until 1986.

“Dr. Millheim’s expertise was in historical theology,” recalls Jim Lytle, a former student and now BBC’s provost. “He taught a series of very popular classes in that discipline, and was also very knowledgeable about the ecumenism of the day. His classes were rich with illustrations from current religious events. He was a thinker, and students who sat under him learned how to think instead of learning how to follow the trends of the moment.”

John Greening, the GARBC’s national representative, was also a former student. “I have fond memories of Dr. Millheim. I looked with amazement and envy as a young seminarian at his vast library. His knowledge of ecumenism and contemporary theology alerted me to the dangers of theological accommodation as well as reinforced my commitment to theological fundamentalism.”

In addition to Dr. Millheim’s classroom ministry, he and Esther welcomed seminary students into their Clarks Summit home. John Greening remembers watching a Boston Celtics vs. New York Knicks classic battle in their family room, saying, “He had a wonderful sense of humor. God used balanced men like Dr. Millheim to influence me to serve the Lord with faithfulness, discernment, and conviction, along with the ability to see the funny side of life and ministry. I extend my condolences to his family.”

Dr. Millheim had a keen interest in world missions, serving as director of the Associated Missions for the International Council of Christian Churches. He also attended the 1969 meeting, where a successor group was organized, the Fellowship of Missions.

After the Republic of Croatia declared its independence from Yugoslavia in 1991, Millheim was active in the establishment of The Bible Academy, a Croatian seminary to train a generation of pastors ministering in post-Soviet Europe. His international travels left him with another arsenal of stories, like smuggling Bibles into East Germany in 1980, only to be detained by the police. Millheim was also instrumental in starting American Theological Seminary of Los Angeles, a training ministry for Asian believers.

In 1996 the Millheims retired to Cary, N.C., moving closer to their family. Whatever plans John Millheim might have had (Gardening? Fishing?), they were put on hold when Dr. Stephen Davey invited him to serve as dean of the new Shepherds Theological Seminary, which opened in 2003. Dr. Millheim was later honored as distinguished professor of church history, emeritus. He also received honorary doctorates from Evangelical Methodist College, Bharat Bible College, Hindustan Bible College, and American Theological Seminary.