From the L.A. Airport

LOS ANGELES---Chris Brown and Darrell Goemaat thought it was going to be an easy airline connection to Asia when they arrived in Los Angeles this morning on their way to the IPFBM All-Partners Conference in Bangkok, Thailand. 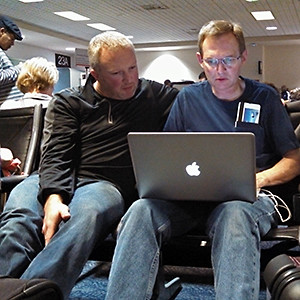 LOS ANGELES—Chris Brown and Darrell Goemaat thought it was going to be an easy airline connection to Asia when they arrived in Los Angeles this morning on their way to the IPFBM All-Partners Conference in Bangkok, Thailand.

Instead they found themselves stranded outside of an LAX airport terminal where a shooting had occurred two hours earlier.

Six hours later, the police allowed the crowd to enter the terminal and the passengers stormed the building in a mad dash to make their connections.

Chris, Kara, and Darrell were able to get re-ticketed for the next flight to Beijing, China, but thought they only had an hour to make the next flight, eat, and fight through a sea of other delayed passengers through security.

After grabbing some pizza and rushing to the gate, the group discovered that they had a plane, but no captain or crew to fly it.

Since they had some extra time, the group posted some photos and a blog of their day’s activities at www.techpartner.org. Also posted at TechPartner is a video they made to inform those following their trip.

The International Partnership of Fundamental Baptist Ministries is a coalition of independent Baptist ministries representing more than 10,000 churches worldwide. The Bangkok conference starts on Monday; the Baptist Bulletin will have reports each day. 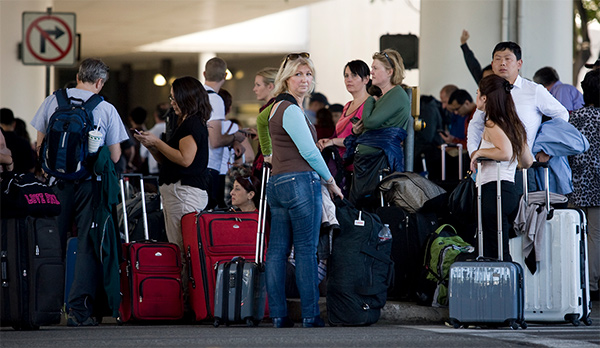