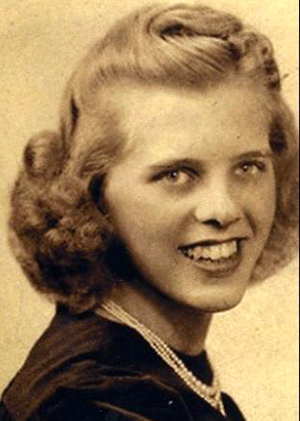 Esther was an elementary school teacher when she met her husband, Joe. They married on Jan. 1, 1946, when he returned from serving in the Navy during World War II. Joe served as a pastor in Grand Rapids, Sparta, Saginaw, Sault Ste. Marie, and Kent City. Esther enjoyed working behind the scenes and leading women’s Bible studies in the churches they served.

Deeply devoted to her faith, her family, and serving others, Esther lived a life of purpose while finding God’s continuous provision in everything she did. She was a woman of grace, courage, unconditional love, and unwavering faith.

She was preceded in death by Joe on March 24, 2014. She is survived by their children, Carol Goodenough, Stephen, Benjamin, and Priscilla Spoelstra; 10 grandchildren; and seven great-grandchildren.