BREESPORT, N.Y.—Youth groups from churches in the Empire State Fellowship meet annually for The Gathering, a statewide youth rally. 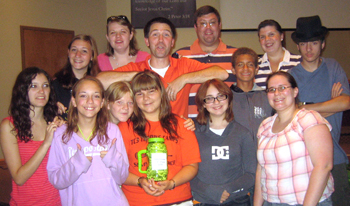 BREESPORT, N.Y.—Youth groups from churches in the Empire State Fellowship meet annually for The Gathering, a statewide youth rally “to fire up teens for evangelism.” This year’s event, held at Breesport Baptist Church, included three rounds of “Silly Games,” with the winning youth group receiving $150!

Coached by their leaders, 20 youth groups competed in the games. Each group had to have a minimum of five teens, and each teen could compete only once. The teams competed in crazy games, such as “The Nut Stacker,” “Junk in the Trunk,” “Chain Link,” “Sticky Situation,” and “Dizzy Mummy.” The three top winning youth groups were Dryden Baptist Church (Dryden), who won first place and $150; Faith Baptist Tabernacle (Sherburne), who won second place and $100; and Dresserville Bible Baptist Church (Moravia), who won third place and packages of candy. 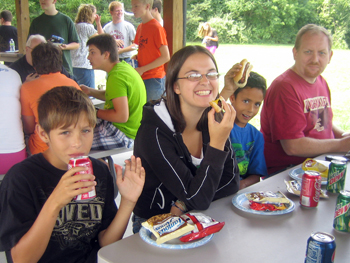 The teens ate lunch under the church’s pavilion, sang together, listened carefully to the Word, enjoyed time with other youth, and overall had a blast playing Silly Games.