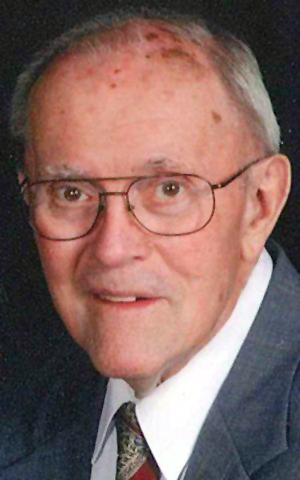 Ben served in the U.S. Air Force as a navigator on a B-29 and served in both World War II and the Korean Conflict. He then taught for 10 years at Bob Jones University and pastored for 27 years in churches in Georgia, Indiana, Iowa, and Minnesota, including CrossRoad Baptist Church, Ames, Iowa.

He and his wife, Lorraine, later traveled for 25 years in a family conference ministry in association with The Wilds Christian Camp and Conference Center. Ben and Lorraine also enjoyed several opportunities to work with missionaries in Venezuela, Togo, Mali, Niger, the Philippines, and several provinces in Canada. He wrote several articles for Christian publications and a book on family relationships, titled Home Sweet Home. In the last year, he completed a study in Proverbs, titled The Words of the Wise, which will be published posthumously.

He was preceded in death by his wife, Dorothy. They married in 1943, and she died in 1946 from complications during the birth of a stillborn son. He is survived by Lorraine, his wife of 63 years; his son, Ed; his daughters, Marcia Ritchardson, Karen Anderson, and Brenda; four grandchildren; and two great-grandchildren.