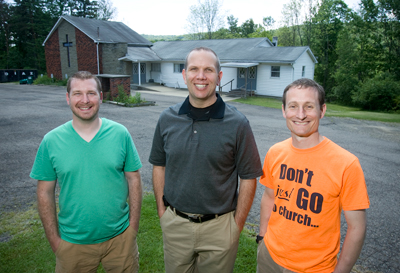 While the churches had received financial aid from BBC–USA in the past, their subsequent progress encouraged the board to grant or loan them additional monies. Harris Hill Baptist, Williamsville, N.Y., was granted $2,500 to assist with a much-needed new roof, while Bethel Baptist, Pierceton, Ind., will be expanding its building with help from a $10,000 grant and possible $5,000 loan. With a $10,000 loan to help pay for improvements, Faith Baptist, Fowler, Colo., will become even more accessible to people with disabilities.

Meanwhile, Restored Church has entered its second year of BBC–USA’s three-year Start Up plan. This church in Wilkes-Barre, Pa., has received a $5,000 grant for the year.

Bridgewater Baptist, Montrose, Pa., pastored by Bob Kadlecik, also had previous aid from BBC–USA, having received an interest-free loan to help build a new facility after outgrowing its 1899 structure. But this time Bridgewater sent an application for assistance with the rescue of South Vestal (N.Y.) Baptist Church. Ethan Morrison, a former Bridgewater Baptist pastoral intern, has been installed as campus pastor at South Vestal.

Michael Nolan is so excited about what is happening in Montrose–South Vestal that he has lined up a missions team interested in providing children’s workers who could conduct a VBS or similar outreach ministry, as well as laborers to help with renovations on the church’s building and parking lot. 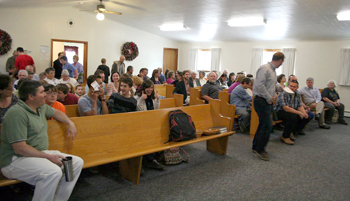 In wrapping up the good news to these churches, Nolan stated, “Baptist Builders Club is your GARBC fellowship in action. The BBC administrators and your fellowship rejoice as you continue to serve your community for God’s glory.”