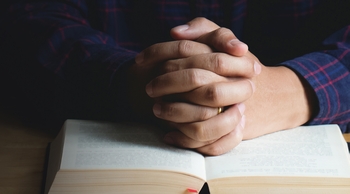 In late July two retired pastors were talking about the problems COVID-19 has brought to the US and about the nation’s political upheaval. They wondered why Christian leaders had not called believers to prayer. That call would, in fact, come in August. In the meantime, the two retirees sought God’s will and decided to “seek 1 million people to pray for 100 days that God would intervene in these critical matters,” says James Maxwell, one of those two pastors.

The men had originally hoped to launch the project on Aug. 1 but decided that Aug. 15 was a more realistic target. “The one hundred days will take us beyond election day, but if history is any guide, there could be recounts for several weeks beyond Nov. 3,” James says.

The prayer project is both apolitical and nonpartisan. It is based on the Biblical principle that believers should pray for their nation and its leaders. The “100 Day Prayer Challenge” invites believers to commit “to pray daily for these matters.” Though the 100 days will end Nov. 22, believers are still invited to participate. The website includes a sign-up form, steps for organizing a prayer group, and ways to connect with others. Completing the form provides a person with information and updates.

In addition to inviting believers to united prayer, the pastors are reminding them of several Biblical truths:

God delights in the united prayers of His people (Matt. 18:19–20). To join others in prayer during the challenge, visit “100 Day Prayer Challenge.”

Posted in Ministry Highlights on October 28, 2020.