Ralph Eldon Brock with the Lord

Ralph Eldon Brock, recognized for his unique ability to see an area of ministry need and find a way to meet it, died Aug. 25. He was 89. 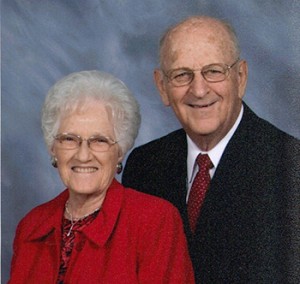 SEBRING, Fla.—Ralph Eldon Brock, recognized for his unique ability to see an area of ministry need and find a way to meet it, died Aug. 25. He was 89.

Brock then served as executive administrator at Lake Ann Baptist Camp from 1971 to 1992. His exemplary leadership of the camp, along with his pursuit of Christ-centered thinking, Christ-honoring lifestyle, and evident dedication to developing the life of Christ in others led his alma mater to honor him with the Baptist Bible College and Seminary Outstanding Service Award in 1987. In 2012 he received the GARBC Service Award.

Shortly after his retirement, Brock traveled the U.S. and eight foreign countries as a consultant on Christian camping. These travels led him to Myanmar, where God opened his heart to the possibility of “assisting a few to disciple many to reach millions.” With this vision in view, in 1996 he started Closed Door Ministries, which Pastor Gerald Webber has described as “a major force for Christ internationally.” Brock later passed the leadership of CDM to Philip McDonald, which enabled him to turn to another vision: helping churches with their multiethnic outreach. In 2006 he started Ethnic to Ethnic Ministries. In March this year, Larry Salisbury was elected chairman of the board, which was a big step in the transition of leadership that Brock had been praying for. In April Brock was diagnosed with Stage 4 cancer. He continued to praise the Lord for His faithfulness and, in gratitude, desired to finish his life in a way that would glorify God.

Brock was preceded in death by his wife of 57 years, Gertrude McKinney Brock. He is survived by his second wife, Ruth Compton Brock, his daughters Eldonna “Dee” Long and Carolyn Smalligan; two grandsons; and four great-grandchildren.

Posted in Ministry Highlights, With the Lord on August 26, 2015.