Dr. Walter Wilbert Welch, who influenced several generations of church leaders as he was president of Cornerstone University, died July 16. He was 97. 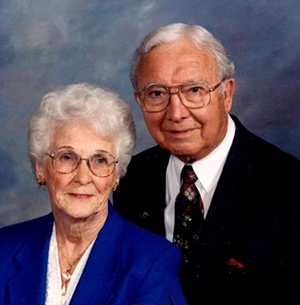 GRAND RAPIDS, Mich.—Dr. Walter Wilbert Welch, who influenced several generations of church leaders as he was president of Cornerstone University, died July 16. He was 97.

On November 1, 1959, he became the fifth president of Cornerstone University, called at that time Grand Rapids Baptist Theological Seminary and Bible Institute. He led the school from meeting in the educational wing of Wealthy Street Baptist Church in Grand Rapids to a 64-acre campus nearby.

“The day before students were to arrive on the new campus that fall, the administration building was still an unbelievable mess,” Cornerstone says. Gathering mops, buckets, brooms, and other supplies, Welch joined administrators and professors in cleaning up the school, working until midnight to make sure it was ready.

Upon his retirement in 1983, he was elected chancellor and then served as interim president in 1991.

“Dr. Welch has left an indelible legacy in the contribution that he has made to the success we are enjoying today,” says Dr. Joseph M. Stowell, current president of Cornerstone. “He gave persevering leadership to our community through challenging times of change during his twenty-five years of active service to the university, expanded the facilities and was an untiring champion of strong academics and the spiritual development of our students. But his greatest legacy is stamped in the lives of our students who were deeply influenced by his steady, magnetic character and his love for Christ.”

After his retirement, Cornerstone says, Welch “continued to be a presence on campus, stopping to pray for faculty and staff members in their offices, attending chapel and eating in the dining commons on a regular basis until 2012.”

Ever the pastor, Welch had a particular burden for churches going through pastoral transition. While president and chancellor, he often served as an interim pastor or in advisory roles with churches and founded Interpas Ministries for the placement of interim pastors. He also shared his Bible knowledge through writing. He wrote leader’s guides for Regular Baptist Press adult Sunday School curriculum and numerous articles for the Baptist Bulletin from 1957 until 2001. (Read his article “Stress in Serving Jesus” from the March 2001 issue.)

When he celebrated his 97th birthday in February, he said, “In the long run, it is an enjoyable life. The most important thing to me was establishing the school.”

He is survived by four children, Robert, W. Curtis, Dale, and Arlene Betts; 10 grandchildren; and 18 great-grandchildren.

A public memorial service will be held Monday, Aug. 31 at 10:00 a.m. in Cornerstone University’s Christ Chapel. The family will receive visitors that morning from 8:30 to 9:30.