Changes in Overtime Rules for 2020 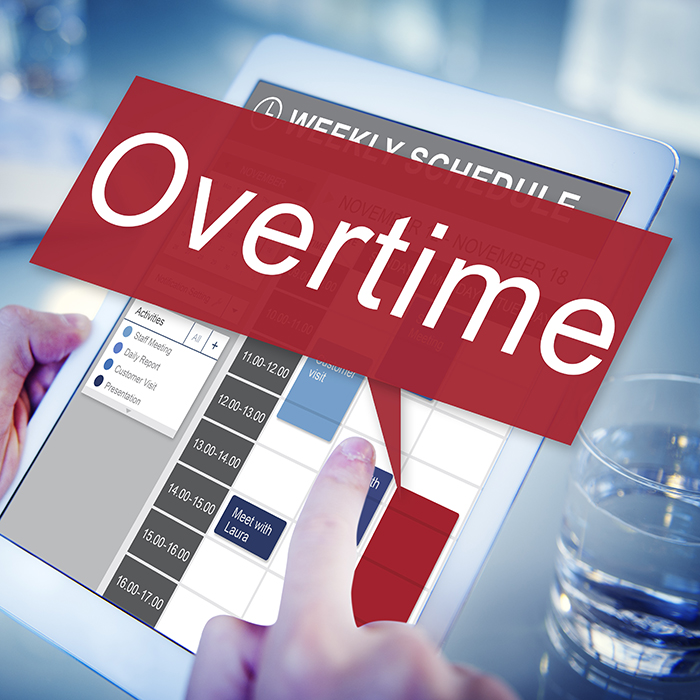 On Jan. 1, 2020, the minimum annual salary at which workers may qualify for exemption from overtime pay will change from $23,600 to $35,568 per year (from $455 to $684 per week). In addition to this minimum, workers must meet certain qualifications to be considered exempt. Since the new rule will apply to all churches, private schools, and other religious nonprofits, these organizations should review the compensation and responsibilities of their employees to ensure compliance with the updated rule. State laws should be consulted as well.

The evolution of rules governing work hours and pay dates back to the 1800s, when government workers were first granted a workday of eight hours. In the years that followed, some private employers instituted similar standards, often under pressure from employee unions. The Fair Labor Standards Act of 1938 first set a national minimum wage standard, as well as a requirement that nonexempt employees be paid overtime for work hours that exceeded 44 per week (later amended to 40). In 2004 the minimum salary to qualify for overtime exemption was increased to $23,600, where it has remained for 15 years. An attempt to double this threshold in 2017 did not survive litigation, but in 2019 the Department of Labor proposed a more moderate number that seems much more likely to withstand challenges as it takes effect in 2020.

Starting on Jan. 1, 2020, only employees earning at least $35,568 per year (or $684 per week) on a fixed, salaried basis can qualify to work more than 40 hours in a week without additional pay. In addition to this wage threshold, workers must still meet at least one of three role-based qualifications under the “duties test” established in 2004. Exempt employees must have roles deemed to be administrative, professional, or executive in nature. While there are no automatic future increases to the salary threshold with this update, the Department of Labor did commit itself to a periodic review of that number in the future.

It is important to note that all employers are subject to these regulations, including churches, private schools, nonprofits, missions agencies, and other religious organizations. In addition, many states have established their own rules that are more stringent than the federal regulations. However, the final DOL regulations contain a specific exemption from wage and hour requirements for clergy. Thus churches, schools, and other religious organizations will need to focus mainly on employees who are not in a pastoral or ministerial role to evaluate their compliance.

With the new year approaching, fall is a great time for your church or ministry to review its employee classifications and compensation to ensure compliance with the new federal labor regulations. Regular Baptist Ministries’ consultants are available to help its association churches with this and answer other legal and tax questions. For more information on this new rule and related ones, visit the US Department of Labor website.