Would You Rethink This, Please?

“These creationists are inadvertently and blindly trusting man’s fallible dating methods for archaeological data.” So says Ken Ham of Answers in Genesis. Who are these blind individuals who have so readily capitulated to modernist scientific categories? 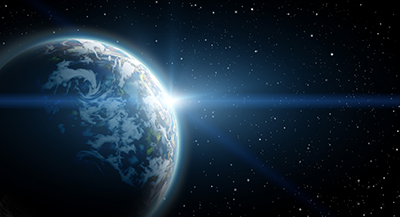 “These creationists are inadvertently and blindly trusting man’s fallible dating methods for archaeological data.” So says Ken Ham of Answers in Genesis. Who are these blind individuals who have so readily capitulated to modernist scientific categories? They are the creationists who “believe the earth is about 10,000 years old . . .” instead of the roughly 6,000 advocated by Ham and the people at AIG.

As a young-earth creationist, I find myself in agreement with Ham and AIG at many important points. We should be natural allies. Within the scientific community, only a minority of evolutionists believe in intelligent design. Within Western civilization, only a minority of people believe in special creation of any sort. Among creationists, young-earthers are quite a small segment. Consequently, I have no particular desire to weaken the hand of any young-earth creationist.

In comparison to the billions of years required by secular cosmogonies, the difference between 6,000 years and 10,000 years is only slightly longer than a millisecond—hardly worth quibbling over. Certainly creationists will gain no more respect, either in the culture or in the academy, by opting for 10,000 rather than 6,000. To put it the other way around, we will lose no respectability by going with 6,000 rather than 10,000. So why should I even bring it up?

The short answer is because AIG brings it up—repeatedly. Ham is echoed by such writers as Larry Pierce, Monty White, Rick Freeman, Paul S. Taylor, and Bodie Hodge. These individuals not only advocate a theory that the earth is only approximately 6,000 years old, but (as can be seen from the opening quotation) also freely castigate individuals who accept the possibility of even a slightly less-young earth.

None was more important than The Genesis Flood, first published in 1961. In this book, Morris and Whitcomb directly confronted the geological data that evolutionists commonly used to support their theories. These pioneer young-earth creationists argued that all of the data was better explained by the worldwide flood of Genesis 6. Consequently, their theory has sometimes been known as “flood geology.”

In the book, Morris and Whitcomb also argued that the empirical data was so skewed by the flood that the age of the earth had to be determined from Scripture. They insisted (rightly, I think) that the Bible allows for only a young earth, an earth whose age must be measured in thousands rather than billions of years. When pressed for a specific age, however, they demurred. As they saw it, the problem was that the genealogies in the book of Genesis were not exact enough to calculate the earth’s age with precision.

In fact, the two authors included an appendix on “Genesis 11 and the Date of the Flood.” In this appendix they argued that Genesis 11 “need not be interpreted as a strict chronology.” Indeed, they stated that “there are several important reasons for questioning the validity of the strict-chronology interpretation of Genesis 11.”*

Morris and Whitcomb also gave reasons for thinking that Genesis 11 cannot be stretched indefinitely. The number of permissible gaps in the genealogy is limited, but we are not certain how many there might be. Consequently, the age of the earth cannot be much more than 10,000 years, though we cannot calculate it exactly.

These are serious arguments—indeed, some of them seem quite compelling. Of course, the advocates of a 6,000-year-old earth are aware of them and have attempted to respond. Most of the responses are reasonable and plausible, though I do not find them convincing. Suffice it to say that either view (the “gaps” or the “no gaps” view of Genesis 11) is biblically defensible. Though both cannot be correct, fair-minded individuals could hold to either one. Advocating one view or the other does not automatically make you stupid.

Nor does it automatically make you someone who is “inadvertently and blindly trusting man’s fallible dating methods for archaeological data.” These are words that should never have been written. They are hardly an apt description of John C. Whitcomb, nor do they reflect the proper degree of gratitude for the contribution that he has made (and upon which AIG builds).

These words are also demeaning to present-day young-earthers who, for biblical reasons, insist that a hard line cannot be drawn at 6,000 years. A good example of such a scholar is Mark Snoeberger of Detroit Baptist Theological Seminary. In fact, Snoeberger has published a very good article arguing that the “no-gaps” rhetoric needs to be dialed back a notch.