Why Humility and Submission Are Especially Important for Churches on Lockdown 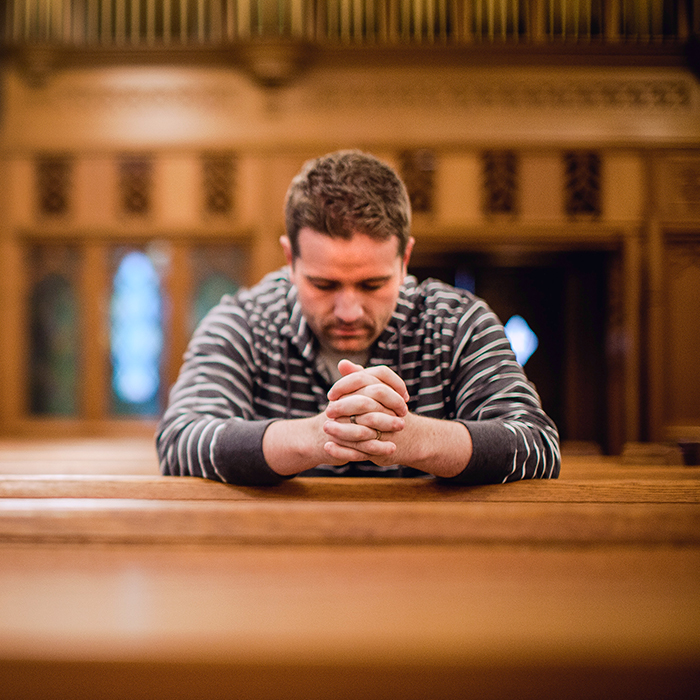 Indiana’s governor, Gov. Eric Holcomb, along with his assembled team of medical and business professionals, has the gigantic task of leading our state to slowly restart our economic and civic life while still protecting our healthcare system from being overwhelmed by ongoing COVID-19 patients requiring critical care treatment.

Everyone wants to know when we can at least begin taking steps to resuming normal activities. There are legitimate concerns about not just public health but also economic vitality and civil liberty. That includes churches looking for instruction about how and when we can resume face-to-face ministry.

I believe congregations like Faith have many reasons to humbly follow our governor’s leadership on that question. At the top of the list stands the apostle Paul’s clear instructions to the church at Rome, “Every person is to be in subjection to the governing authorities. For there is no authority except from God, and those which exist are established by God” (Romans 13:1, NASB). I don’t know about you, but I don’t always like submission. It is hard to listen to someone telling me something I do not want to hear or making me do something I do not want to do. However, the Bible could not be clearer on the matter.

There is another practical reason we should be prepared to joyfully obey our governor.

Consider this question: why did Faith Church not hold public worship services on Sunday, March 15? The uncomfortable answer is that it had nothing to do with my wisdom or that of anyone else associated with our congregation. I have reviewed all my e-mails from the preceding week, and it is clear that my plan was to lead us to take several precautionary measures but still have church services that day. As far as I can determine, no one from our church family suggested otherwise. I was also unaware of any other churches that announced cancellations during that week. Then, on the afternoon of March 12, Gov. Holcomb ordered a stop to non-essential gatherings of 250 or more people, including churches. (His orders would get even stricter in the following weeks.) And we in turn obeyed his leadership.

In hindsight, our governor appears to have been absolutely right. I will be eternally grateful that we did not have public church services on March 15. No one knows for sure what might have happened, but reviewing what tragically occurred at the IHSAA basketball sectional at Lawrence Central in Indianapolis the previous weekend might contain sobering clues.

In an April 18 article, “It was the hottest basketball sectional. Then attendees started dying of coronavirus,” IndyStar reporter Kyle Neddenriep tells the heart-wrenching story of what happened just an hour south of Lafayette. At 11 on the morning of Friday, March 6, news broke that the first known case of COVID-19 in Indiana was hospitalized at Community Health North. The school officials discussed what was unfolding and decided to continue with the games that evening and the next day. In the coming weeks, five people who attended that tournament died of COVID-19.

No one will ever know if the individuals were infected at the tournament itself. Nor is anyone faulting the school officials who made the best decision they could with the information they had at the time. However, I believe strongly that the exact same thing could have occurred at Faith Church on Sunday, March 15. And, I would have borne some responsibility for that failure.

Undoubtedly, the governor had access to more information than me and others on that Thursday afternoon when he canceled all church services. Plus, he may just be smarter than me (can I get an Amen on that?). But I know this, there is safety in submission. Please listen to Romans 13:1 again in light of these events, “Every person is to be in subjection to the governing authorities. For there is no authority except from God, and those which exist are established by God” (Romans 13:1).

It has been hard to obey our leaders during these past several weeks, especially when we were not able to worship together face-to-face on Easter Sunday. However, our submissive Savior, whose death, burial, and resurrection we celebrate on Easter, died so we could choose to be reconciled to God and subsequently have a new source of resurrection power to do hard things.

So, what are we going to do if the governor says that we cannot return to public services for weeks or even months from now? What if he says we can’t sing together when we do return, or pass Communion trays or offering plates? What if he mandates socially distanced seating and tells us not to shake hands or hug one another? The answer is as clear as a bell. We are going to humbly and joyfully submit to the leadership God has given us. Doing so on Sunday, March 15, may have been the difference between life and death.

Steve Viars is pastor of Faith Church, Lafayette, Ind. This article was first published in the Journal & Carrier and is reposted here by permission.