The Future of Seminary Education, Part 2

The change in theological education represents a fundamental shift in both educational philosophy and religious pedagogy, is already having great effect on pulpits and pews. 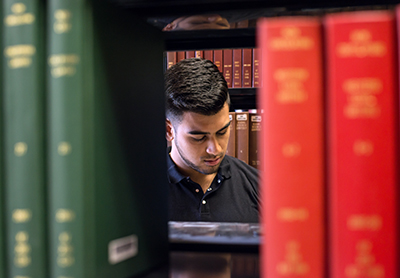 In my last article, I discussed the future of seminary education in relationship to consumer-driven academia and consumer-craving ecclesiology. It seems as though the mass of ministerial pragmatism, multiplied by the acceleration of globalization in higher education, has produced such a force within contemporary religious education that there is little to do but watch. Consumerism, it seems, is here to stay, deeply embedded into the life of church and seminary. Give the students what they want! This new relationship is generally seen as benign and nearly universally accepted as the next stage in educational evolution. The question remains, however: Is this change in theological education just an adaptation of new technology and teaching mediums or a mutation in thinking and methodology? What effects is this change having on students? How about churches? After all, the future of seminary education is really the future of pastoral leadership. It is my belief that this change is anything but benign and represents a fundamental shift in both educational philosophy and religious pedagogy, which, as we will see, is already having great effect on pulpits and pews.

Philosophy. For most of western civilization, soft sciences, like philosophy and theology, were considered the most important of all human endeavors. According to Aquinas, theology, even more than philosophy, was considered the queen of the sciences, for to know God is to know His creation. Augustine’s fides quarenes intellectum (“faith seeking understanding”) and Anselm’s credo ut intellegiam (“I believe so that I can understand”) were the mantra of epistemology and recognized as such. On the other hand, hard sciences, rightly referred to as natural philosophy, were considered secondary because they could never seek to understand the question of why, only what. Without getting into much detail, humanism gone awry and modernity effectively reversed the roles, replacing the true subjectivity of the natural with the false impression that any hard science is somehow objective. Physics, medicine, and the like have thus usurped theology’s crown so much so that they now possess the hubris even to answer, as Stephen Hawking said, “the question of why we and the universe exist.”[1] What was once queen is now the chambermaid.

Pedagogy. One should not be surprised to find this faux reality in the classrooms of the university. It is, however, quite ironic to find it in the halls of the seminary. Bowing to the new royalty, many seminaries have chosen to surrender, reshaping ministry training from the life of the mind to minding the life of programs. Pastors-in-training are no longer encouraged to seek what is good, true, and beautiful. They are not allowed to patiently develop their moral imagination and not given time to ponder eternity. Seminary education has adopted the methodology of the hard sciences, viewing the church as a petri dish and congregants as data points. G. K. Chesterton said that “the smaller our faith in doctrine, the larger our faith in doctors.” M. L. Peterson, in a book about the philosophy of education, wrote, “Modern educators have been so busy developing new instruments . . . seeking more efficient ways to complete a college degree that they have seldom stopped to ask why such things are desirable.”[2]

The same is true of seminaries. Degrees such as the master of divinity are being drastically reshaped or decimated, often cutting the study of Biblical languages or any semblance of the trivium with almost surgical precision. Programs are hurried, sometimes combining both undergrad and graduate, blurring the lines and rushing the process. A new and popular option for seminaries is to offer a five-year MDiv from the onset of collegiate work, producing 23-year-old pastors with little or no understanding of why people think the way they do. If this is so effective, why wasn’t it done 30 years ago? The answer, of course, is less about efficacy and more about immediacy. To stay relevant, in many minds, is to stay current. What seminaries fail to grasp is that this change in education is not just a change in medium but a fundamental change in pedagogy.

Pulpits and Pews. The outcome of this shift is already being seen in pulpits and pews. The sad reversal and radical reshaping of educational hierarchy means that people demand more of their physicians and less of their pastors. Churchgoers would never agree to be incised by a surgeon who had an online degree but would willingly support pastors with little or no education. Expertise is expected in every field except ministry. Health practitioners have become the new priests, interceding between man and mankind. For example, many Christians turn to psychologists, many of whom, quite ironically, do not believe in the reality of the soul, rather than their pastor because the psychologist is perceived to be an expert. Sadly, many seminaries don’t realize that lessening degrees and pushing students through weaker curricula is only perpetuating this stereotype.

Proposal. For this reversal to be reversed and theology to reclaim her throne, the seminary student and the church must work together. People in churches must demand pastors who are educated, not merely trained. If those sitting in pews would place an importance on theology, seminaries would be forced to produce pastors who are theologians. Imagine if churches would require their pastors to have more focus and dedication in understanding the everlasting soul than physicians have in understanding finite physiology. Imagine what would happen if churches elevated theology and worship above health and fads, engaging more in discussions of God’s beauty and glory than in finances and facial creams. Imagine what would happen if churches spend more time imagining. Students can also help reverse this trend by living the life of the mind. Don’t take shortcuts. Value the things that should be valued. Seek a seminary that educates you. Demand nothing less than excellence. Take the path less traveled. Learn theology from a theologian and history from a historian. Learn Greek and Hebrew from someone who knows them and not from a computer. Study ministry from pastors, not just self-paced programs. Be a student, not a consumer. Be a pastor, not a practitioner.

Brett Williams is provost of Central Baptist Theological Seminary. This article was first posted to Central’s blog, In The Nick of Time, and is reprinted here by permission.

Previous post Moose on the Loose at GARBC Conference