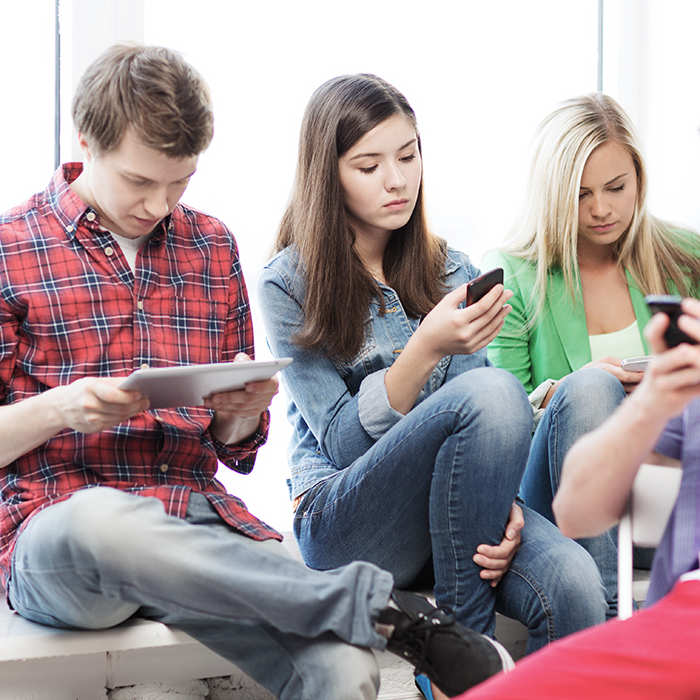 There are certain cultural influences and age specific tendencies that can be observed in each generation. These “generational habits” are not always negative, but they do present a danger. That danger is amplified when we are unaware of the ways we are being influenced to think and act. It’s my hope that we would recognize what is influencing us and how we are prone to a certain way of thinking and living in order that we be more capable to reject the negative aspects of our generational habits and embrace the positive.
I’m sure there could be other things added, but I believe these six observations are pervasive, especially for high school and college age students in the South. In future posts I hope to address how Scripture can confront and renew our minds in these areas.

1. Living in a transitional stage of life

Difficulty establishing important spiritual patterns
When a student heads to college, there are a wide range of habits that will need to be reestablished. A recent study shows habits take about 66 days to form. That’s almost two months before certain habits become a norm again. The danger is that as incoming students try to establish these new habits in a new setting with new people and new schedules, spiritual disciplines such as prayer and Scripture reading can lose their fixed place in daily life.

Difficulty making meaningful religious commitments
Since the educational years are viewed as stepping stones, it becomes harder for a young person to commit to anything that will tie them down in one location or position for more than a year. Their participation in a local church is seen as temporary, and subsequently serves as a reason (though illegitimate) to avoid getting immersed.

2. Living in an independent culture

Difficulty prioritizing the local church
In one sense, many young people are yearning for community more than ever. They want a place where they belong, have significance, and don’t need to put up a front. At the same time, there is also an attitude of self-reliance that is tempting many teenagers. It’s tied to the ambitious, change-the-world attitude that was evident in the millennials, carrying with it a self-dependence that does not feel the need to rely on the older generation, let alone a church body.

Difficulty obeying or honoring parents
Of course, this is even more difficult during the transitional years when the line between obeying and honoring is blurred. But the problem is amplified when young adults are wanting to bypass both obeying and honoring by living under their own advice. The current culture, where nearly every reality show depicts children usurping their parents’ authority because they “know better,” is playing heavily into how young adults think. If their parents don’t “get it,” doesn’t that give children the right to disobey? Sadly, that’s becoming a harder question for many to answer.

3. Living in a technological age

Difficulty leaving the virtual world
On average, teenagers spend almost nine hours on social media every day, which is absolutely mind-boggling. Our life is becoming almost entirely digital, and social media is making a profound impact. No doubt, the virtual world is affecting how people perceive reality, but it is becoming so extreme that some are not wanting to return to the real world. One article highlights how “when the headset comes off, . . . it’s back to a dreary reality.”

Difficulty cultivating “slow” spiritual disciplines
Technology has us living fast-paced. There are plenty of studies that show the negative effects technology has had on our attention span. We demand more and more to stay engaged. Silence has become a form of torture, as our minds are trained to constantly be filled with a quick jolt of entertainment. That presents a problem spiritually. If silence is torture, what happens when we try to engage in times of quiet prayer? And if shortcuts are being taken in order to keep up with a fast-paced life, Bible memorization will quickly be lost. We will rely on having Scripture on our phone instead of taking the time to store it in our mind.

4. Living in a post-modern era

Difficulty accepting long-standing traditions
“Give me that old-time religion” is losing its appeal. There is love for what is new, and what is old is perceived as an obstacle to progress. Good, Biblical-based traditions in the church are seen as almost innately negative and narrow-minded. Though it is beneficial to intentionally think through what we do, we should not be quick to overthrow the example that godly leaders have passed on. We should test the “soundness” of a tradition, but we should not stray from the godly pattern that has been given to us simply because it’s “old.”

Difficulty embracing moral absolutes
We may be partly at fault for the growing distaste younger generations have for moral absolutes. Many have felt that absolute truth has been abusively forced on them, resulting in a natural “flinch” when it comes to anything dogmatic. The delivery of “Bible facts don’t care about your feelings” has the next generation running.

5. Living in a sexualized society

Difficulty maintaining healthy relationships
“Normal” relationships are taking a toll. The effects of pornography and sensualized entertainment have stolen from a healthy view of relationships. It ties back to how the virtual world is changing the way we see, think, and live. Lust is cultivated in an unrealistic world, creating an appetite that can’t be satisfied and a type of thinking that distorts reality. A perverted view of the world, manipulation in order to satisfy sexual cravings, and isolation to binge or hide in shame are just some of the effects of a sexualized society.

Difficulty maintaining personal purity
Not only have relationships been strained, but inner turmoil is evident as well. A recent article even explains the detrimental effects that pornography is having on missions. The shame and self-centeredness that comes as a result of giving into lust is leading people away from ministry.

6. Living in a sacred-saturated context

Difficulty avoiding superficiality
Growing up with constant spiritual expectations can cause many to resort to simply putting up a religious front. The religious façade can become a norm. And genuine, transformative Christianity will get snuffed out by general, expected religiosity. Because Christianity is only routine, it never becomes real.

Difficulty distinguishing sacred from secular
There is a strange combination of widespread religiosity in the midst of a predominantly secular culture. In such a context, it can be hard for a Christian to distinguish the secular influences on their Christian living. For example, is Hillsong Biblical or worldly? And if both, then what aspects?

A Word of Wisdom in a World of Danger
It’s no surprise that we’re directed to the need for God’s Word. How else can we avoid these pitfalls? We don’t have to be blind slaves to the course of this world. The Word of God can bring light and renew our minds so that we can follow God’s will in this life. To those who ask in faith, God generously gives wisdom through His Word for the problems we face.

Sam Horn (PhD, Bob Jones University; DMin, The Master’s Seminary) is executive vice president for enrollment and ministerial advancement and dean of the school of religion and the seminary at Bob Jones University. This article was cowritten with Garrett Martin, who is currently studying for an MA in intercultural studies at BJU Seminary. It was first posted to Dr. Horn’s blog, and is reprinted here by permission.