Reflections on the Paris Terrorist Attacks 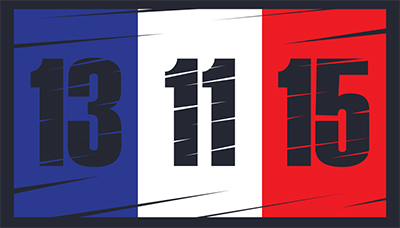 On the evening of Nov. 13, Islamic terrorists struck at the heart of France. The attacks were as well-orchestrated as they were devastating: armed to the teeth with bullets and bombs, three teams hit six crowded targets in quick succession. According to the most current information available, the attacks have claimed 139 lives and wounded 430 others.

We weep for Paris. Our deepest sympathies and most fervent prayers are with the families of the victims, and indeed with the entire nation. We pray for healing and solace in these darkest of hours. We pray, too, that God would bestow wisdom on France’s leaders as they seek to chart a course forward.

I would like to take this opportunity to reflect on how the church should think about and respond to these catastrophic events. The intent here is not to engage in crass politicization or partisan posturing, but rather to encourage sober-minded thoughtfulness and deep-seated compassion in the wake of this tragedy.

For some time now, multiculturalism has enjoyed a privileged position as one of the most cherished values in Western civilization. And to a certain degree—with a great deal of nuance—we would affirm and celebrate that. We who stand in the Baptist tradition have always championed the doctrines of individual soul liberty (Rom. 14:5–12) and the separation of church and state (Matt. 22:15–22), the natural corollary of which is religious freedom. Furthermore, recognizing the Imago Dei as the wellspring of all human dignity and the sanctity of all human life, we argue passionately for mutual respect and deference toward others—even in the midst of theological or political disagreement (Rom. 12:18).

That said, there comes a point where tolerance and deference toward other cultures and belief systems devolves into a blanket affirmation of all cultures and belief systems. In the endless quest for all-pervasive inclusiveness, legitimate differences between belief systems are downplayed or sometimes flattened altogether. This is the impulse toward political correctness, and it results in self-inflicted lunacy. Simply put, a conception of God as the all-loving, omni-benevolent, self-sacrificing redeemer is incompatible with a conception of God as the bloodthirsty conqueror who commands His followers to “slay the infidels wherever you find them” (Sura 9:5). True, some Christians throughout history have misunderstood this point badly and have done violence in the name of the Prince of Peace. Conversely, not all Muslims are violent jihadists; this should go without saying. Nevertheless, there is a reason that virtually all the major terrorist attacks in recent history can be traced back to this one belief system in particular. Its conceptions of God, the meaning of life, and appropriate religious duties are largely incompatible with the principles of multiculturalism, religious freedom, and inclusivism. In the name of civility, we are far too quick to ignore this.

Theology matters. How we think about God, the universe, and ultimate meaning will affect every action we take, whether mundane or momentous. It worries me that Western society today is so primed for action (especially action related to social justice) without first grappling with the preliminary issues of metaphysics, ethics, and theology. This tendency places the cart before the horse, and in my estimation it is extremely dangerous.

Events like these brutal attacks remind us that we live in a fallen world. With all our modern luxuries and conveniences, it is sometimes easy to forget this stark reality. The industrial and technological revolutions have almost made it seem possible for mankind to create heaven on earth, a sanitized habitat where all people are welcome, accepted, warm, and fed, and the nastier aspects of human nature are forcibly suppressed. But despite our very best efforts, we have never managed—and will never manage—to eliminate human depravity. We strive to mitigate its devastating effects (and rightly so!), but then something like this happens. A few chunks of lead, some wires, and a bit of explosive compound are all it takes to rip the façade away and expose this world for what it is: a realm infected by evil. A place of rough edges and sharp corners. A fallen creation, groaning and crying out desperately for redemption.

That is not to say that we should simply accept this butchery as par for the course. It is fitting and proper that we condemn these acts of barbarism and call them evil. I think it is also appropriate for us to recognize the God-ordained elements of goodness that exist in governments, social structures, and civilizations the world over (Rom. 13: 1–5). And, for that matter, to root for the latter while opposing the former.

At the same time, let us always bear in mind that military solutions, technological sophistication, and social programming can never ultimately solve the problem that besets us. Only Jesus can do that. And even as we pray that the Great Physician will heal the wounded hearts of those that are grieving and broken, we also need to pray for and work toward the salvation of their souls. And through it all our refrain remains, “Even so, come, Lord Jesus.”

A Call to Action

It is no secret that the church’s reputation has taken a hit in recent years. We are widely caricatured as money-grubbing charlatans or as sanctimonious hypocrites looking down our long noses at those we deem inferior. In many cases, these caricatures have been undeserved. In others, we have unwittingly and carelessly reinforced them.

With that in mind, I would like to suggest that the chaos engulfing the planet today—of which the Paris attack is but the latest and most vivid instance—presents an opportunity for the church to be the church. Not the bumbling, cartoonish conglomerate that many believe us to be, but the church as Christ Jesus intended her to be. In the earliest days of our existence, we were characterized principally by one attribute: love. In the second century, Tertullian captured the pagan appraisal of Christian character with the memorable phrase, “Behold, how they love one another!” And that love was not reserved solely for the company of the redeemed; rather, it was outward-focused and all-encompassing. The author of the Epistle to Diognetes characterized the early Christians this way: “They love all men, and by all men are persecuted. . . . They are reviled, and yet they bless; when they are affronted, they still pay due respect.”

At all times, but especially in the midst of tragedy, we have much to offer the world. We have the divine self-disclosure of Almighty God, the message of His infinite love and of the path He has provided for eternal salvation. But in addition to that, we are Christ’s representatives on earth. We have the awesome responsibility and the tremendous privilege of demonstrating His compassionate heart to the world around us. Although it is somewhat of a cliché, there is great truth in the statement, “No one will care what you know until they know that you care.” So let us strive to care for others, especially those who find themselves in the valley of the shadow of death. Let us care for them as tangibly and as lavishly as possible. Let us, like Jesus, care enough to bind up the brokenhearted, loving without restraint and giving of ourselves without reservation. In this, Christ Jesus is glorified. In this, the doctrine of God our Savior is adorned (Titus 2:10). In and through this, we fulfill our mission.

Paris, we weep for you, even as we weep for all who are beset by ill tidings and surrounded by evil. We pray that we might have the opportunity to minister to you and that the God of all comfort will make Himself known to you in this hour of darkness. Truly, He watches over the fortunes of mankind, He loves us with a fervor that is inexhaustible, and He alone can bring beauty and meaning out of the pain.