Planned Parenthood, “Another Boy,” and Rachel Weeping for Her Children

It was a cold, dark night in Bethlehem when the soldiers came. Methodically and without the slightest trace of pity they marched from house to house ransacking each one. 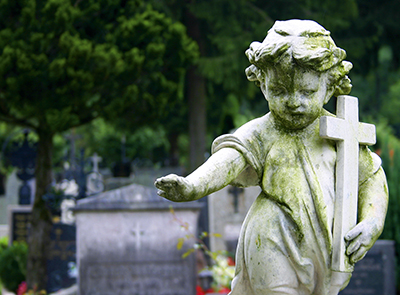 It was a cold, dark night in Bethlehem when the soldiers came. Methodically and without the slightest trace of pity they marched from house to house ransacking each one. Their malign mission had come directly from the king: kill every boy in Bethlehem up to two years old. They did precisely that. Throats were cut. Skulls were crushed. Innocent lives were snuffed out in an instant. In the soldiers’ bloody wake a chorus of wailing voices filled the air with utter agony and despair. There was no peace in Bethlehem that night; only grief beyond measure.

All the world’s languages are insufficient to describe justly the depths of Herod’s depravity. But he was by no means the first (or last) cruel despot to brutalize his subjects. Thousands of years earlier, the ruler of Egypt dispatched his forces on an almost identical mission: go into Goshen and drown every newborn Hebrew boy. We can only begin to imagine the horror that must have gripped the heart of each Jewish mother entering the early stages of labor. Would her baby survive the day of its birth? Or would it be hurled into the Nile? On that day, the revelation, “It’s a boy!” took on an entirely different meaning. These boys would never speak, or play, or laugh. All that awaited them was certain destruction as they were wrenched away from the arms of their desperate mothers and cast mercilessly into a watery grave.

That human beings could do this to one another is almost unimaginable. That they would do it to the most innocent among us is even worse. Yet they have done so. The ancient world was filled with such pointless cruelties, and modern man—armed with heretofore unimagined technological efficiency—has far outstripped his ancient counterparts. We are sickened to think of the depraved experiments of Joseph Mengele, the wanton slaughter of millions by Nazism and communism, the killing fields of Cambodia, and the countless Armenians butchered by the Ottoman Empire. Viewed against this backdrop, Paul’s assessment of human morality (borrowed from several Old Testament passages) seems almost noncontroversial and self-evident:

There is none righteous, no, not one;

There is none who understands;

There is none who seeks after God.

They have all turned aside;

They have together become unprofitable;

There is none who does good, no, not one.

Their throat is an open tomb;

With their tongues they have practiced deceit;

The poison of asps is under their lips;

Whose mouth is full of cursing and bitterness.

Their feet are swift to shed blood;

Destruction and misery are in their ways;

And the way of peace they have not known.

Still, while the horrors perpetrated by foreign regimes and maniacal dictators turn our stomachs and rend our hearts, we like to think of ourselves as somehow above this level of depravity. Of course the dregs of humanity, the Hitlers, Stalins, and bin Ladens of the world, have embodied pure evil to an unfathomable degree. But the United States of America—whose founding documents exalt “life, liberty, and the pursuit of happiness,” and whose national motto is still “In God We Trust”—must surely occupy an entirely different category. Right?

Maybe not. Such a dichotomy is extremely difficult to uphold in a post-1973 America, which has slaughtered an estimated 55 million unborn children to date. It becomes even harder with the release of each undercover video by the Center for Medical Progress. The latest, released on July 30, is particularly brutal. The last few minutes of the video document a Planned Parenthood team casually displaying two petri dishes full of aborted baby remains to the undercover operatives. At one point, a gruesome cracking sound can be heard. “Was that crack the little bits of the skull?” the operative asks. The medical assistant responds with a bored “Mm-hmm.” As the demonstration proceeds, the Planned Parenthood team seems very pleased with the fact that the baby parts are mostly intact and identifiable. “Here’s some organs for you. They’re all attached,” says Dr. Savita Ginde, vice president and medical director of the Planned Parenthood of the Rocky Mountains. “Here’s a stomach, kidney, heart. I don’t know what else is in there,” she says. Then the medical assistant spies the genitals. “Another boy!” she exclaims jocularly, almost with a laugh.

Stop reading for a moment and let that sink in. A team of medical professionals is sifting through freshly aborted baby parts, and no one is crying. No one’s mood is somber. No one is displaying any remorse at all. The only emotions detectable range from business-as-usual perfunctoriness to sick, sarcastic humor. “There is no fear of God before their eyes.”

Watching this video was difficult. It made me sick to my stomach. But what’s even more disheartening is the underwhelming response it will no doubt receive. Breitbart recently reported that, as of July 29, the major news networks in America had spent more time on the death of Cecil the lion in one day than they had on the undercover Planned Parenthood videos in two weeks. Bear in mind that this is all transpiring in a society characterized by hypersensitivity and perpetual outrage. Referring to Caitlyn Jenner with masculine pronouns or joking about a fictional comic book character these days can instantly incur the white-hot wrath of the twitterverse, the constituents of which will descend on the perpetrator like a horde of hungry piranhas. Try selling historical memorabilia from Nazi Germany and the Confederate States of America at a flea market and you just may be reported to the police. The slightest hint of political incorrectness is liable to evoke a protracted discussion about “microaggressions” and “trigger warnings,” a level of censorship so extreme it almost seems like a parody.

But in the midst of all this knee-jerk emotionalism and feigned outrage, here we have something serious. Something brutal and inhuman and truly offensive. Here we have doctors dismembering babies and then sifting through their remains with pointy sticks and laughing about it.

“A voice was heard in Ramah, lamentation, weeping, and great mourning, Rachel weeping for her children, refusing to be comforted, because they are no more” (Matt. 2:18).

Next post Planned Parenthood, “Another Boy,” and Rachel Weeping for Her Children