The fall of mega-church pastor Perry Noble has stunned the evangelical world and has raised the alcohol issue to the forefront of evangelical discussion yet again. 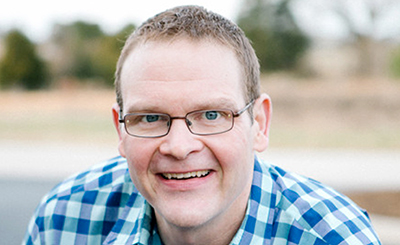 The fall of mega-church pastor Perry Noble has stunned the evangelical world. Noble founded and pastored NewSpring Church of Anderson, SC, for 18 years. NewSpring was listed as the third largest church in the United States in 2015. Outreach Magazine reports its attendance as approaching 28,000. But in recent days, the leadership of the church relieved Noble of his ministry duties, citing alcohol abuse and marital issues. Noble published a response, admitting his sin. But even here, he would not say that his weak view of alcohol was part of the problem: “In my opinion, the bible [sic] does not prohibit the use of alcohol, but it does prohibit drunkenness and intoxication.”

While it may be the case that the Bible “does not prohibit the use of alcohol,” I do not intend to contest that claim here. I have argued elsewhere that the Bible does not allow beverage alcohol in the way some American Christians claim. But even if drinking is permissible, Noble missed an opportunity to warn the church against even the limited use of alcohol.

The question is not whether a Christian can drink, but whether a Christian should drink. The fall of Perry Noble illustrates the church’s failure to address this latter question adequately. Had Noble taken an abstentionist position on alcohol usage, he may have averted his ignominious fall from grace. We may never know if his alcohol abuse contributed to his marital issues, but it certainly did not help them.

Noble’s dismissal has raised the alcohol issue to the forefront of evangelical discussion yet again. Christianity Today, Baptist Press, The Christian Post, and Charisma are among the Christian news agencies that have run feature stories on the problem. It refuses to go away. In the past quarter century, despite repeated efforts by believers to justify and even promote a “moderate” use of alcohol as a beverage, its abuse continues to plague us!

In the not too distant past, the leader of a well-known fundamentalist group began drinking on his doctor’s advice, only to overuse alcohol and subsequently lose his long-time pastorate. In the Twin Cities, a pastor who touted his enjoyment of single malt scotch and smoking fine cigars lost his ministry after he was discovered to have had an affair. Was alcohol related to his infidelity? Perhaps not directly. Clearly, however, this man was “worldly,” if that term carries any meaning these days. His careless, worldly lifestyle (drinking and smoking) culminated in his moral failure and the loss of a prominent ministry.

The point of the essay is not to write yet another defense of total abstinence. That has been done by fundamentalists and conservative evangelicals again and again. I am grateful that the Southern Baptist Convention continues to see the use of alcohol as a line in the sand and that some of its most prominent schools have very clear statements regarding the non-use of alcohol by their students and staff. My point here is to offer some observations on the Perry Noble affair that all evangelicals and fundamentalists ought to consider before they take a(nother?) drink.

First, the use of beverage alcohol is dangerous. One is just never quite sure when he or she has had too much. The amount of alcohol that an individual can consume without deleterious effects varies from one person to the next so much so that no good rule of thumb can regulate its safe use. I doubt very much that Noble, in his libertine use of beverage alcohol, thought that he would ever cross that elusive line. Likely, the first time he did, he knew he had, but drank again because he thought, “Well, now that I know the warning signs, I can never do that again!” I am sure his intentions were good even if his judgment was hopelessly flawed. However, he again failed, consuming too much a second and then a third time, until it became a pattern in his life. Somewhere along the line he likely began to justify and spiritualize his overuse of alcohol. “We are all just flawed sinners. God loves me and will forgive me!” Today, he is a ministry casualty.

Second, the use of beverage alcohol is worldly. Evangelicals in general and fundamentalists in particular have lost much of our sense of worldliness. However, if ever there was an activity that smacks of worldliness, it is the consumption of beverage alcohol. Watch a selection of television commercials for beer, wine, and hard spirits: young, good-looking men and women having the time of their lives while consuming alcohol. Just how any Christian can justify this kind of a lifestyle before a holy God is difficult to imagine. The Bible has clear warnings regarding loving “the world” and the “things” of the world. Maybe we should take a long hard look at alcohol and ask if it is not the kind of thing John had in mind.

Third, the consequences of the overuse of beverage alcohol are hard to predict. Would Noble have taken his first drink if he had known that it would destroy his ministry? As the preacher once said about sin: “It takes you farther than you ever intended to go, it keeps you longer than you ever intended to stay, and it costs you more than you ever intended to pay!” The effects of Noble’s use of alcohol include, but are likely not limited to, the loss of his testimony before his family, his congregation, his friends, his church, the wider church and the world (news of his fall made the secular press). His job loss has destabilized his family, his church, his personal life, and his future. All of this may be nothing compared to the bad example he set before young Christians coming out of a lifestyle of alcohol abuse, whom he has taught that Christians can safely drink. It will be hard for him to ever make that case again.

I wish that Perry Noble had made a clear statement about the dangers of drinking. I wish he had said that even if the Bible does permit drinking, Christians should not do it. It is dangerous, worldly, and the consequences of its abuse are catastrophic. Sadly, he did not. Therefore, someone needs to make the case for him. The proper question is not now, if it ever has been, whether or not a Christian can drink beverage alcohol. The more important question is whether or not a Christian should use beverage alcohol. The Perry Noble affair offers us a clear answer here.

Jeff Straub is professor of historical theology at Central Seminary. This article is reposted with permission from Central’s blog, In the Nick of Time.