Thoughts on dignity, suicide, and the sanctity of life in the wake of Brittany Maynard's death. 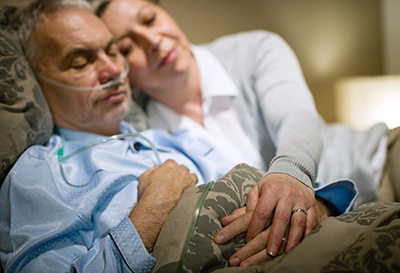 I cannot fathom the absolute terror that would cloud my mind upon receiving a terminal cancer diagnosis. As some have described, it’s a mixture of suffocation and clear focus. There is no more periphery. There is just this moment.

Despite our best efforts to distance ourselves from the truth of mortality, we know we’re all going to die. You will die. I will die. It isn’t a matter of if, it’s when. Until then, however, we work tirelessly to cocoon ourselves with artificial securities, plans for the future, and feeling healthy at the moment. None of these last, however. We’ve been dying from day one.

I heard about terminal cancer patient Brittany Maynard a few weeks ago, watched her video, and was saddened not just by her reality, but her upcoming decision to end her life prematurely. She publicly shared her story of being diagnosed with brain cancer this spring, and decided to move from California to Oregon, one of a few “death with dignity” states where “laws allow mentally competent, terminally-ill adult state residents to voluntarily request and receive a prescription medication to hasten their death.”

Then came the report that she might in fact have changed her mind, and that November 1, the previously chosen death day, might be delayed: “I still feel good enough and I still have enough joy and I still laugh and smile with my family and friends enough that it doesn’t seem like the right time right now, but it will come.”

However, the news came that Brittany did end her own life at age 29, on Saturday, November 1, by choosing previously prescribed medication to keep her from the unknown time she had left, and the increased pain she would surely have felt. As reaction flowed in (before and after), I was struck by how many had labeled her as brave, not for her journey through and living with cancer, but her decision to cut all of that short. I was struck by how many have labeled it “dignified,” when it is anything but worthy of honor. I am not minimizing the deep, searing, emotional pain felt by family and friends, and the extreme mental and physical distress that was felt by Brittany herself. That being said, I neither support nor applaud her decision to end her life prematurely. Her decision is also called suicide.

In the span between learning of Brittany Maynard and her actually ending her life, I came across two other women dealing with terminal illness. 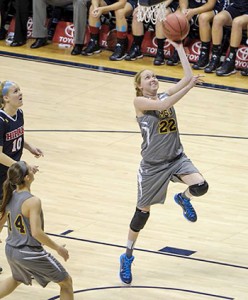 Lauren Hill is a 19-year-old college student and basketball player whose brain cancer will most likely take her before year’s end. Her biggest desire was to play in her first college basketball game. Because of her condition, this game was moved up to November 2. The sold-out crowd of 10,000 watched as Lauren played out her dream in the midst of her own fatigue, pain, and sadness, an example to us all. Lauren doesn’t plan for her death, but prepares for it, as it is her new, updated reality. She also seeks to spread awareness of the disease which ravages her body:

Kara Tippetts is a 36-year-old wife, mother, and cancer sufferer whose breast cancer has spread beyond its initial area. What struck me about Kara is her honesty about her condition, the extreme emotions that accompany it, and the sweet, heartfelt letter she wrote to Brittany Maynard, which included the following:

In choosing to put a spotlight on the “dignity” of assisted suicide, we have misplaced our praise. Living life with bravery while dealing with a terminal illness is THE definition of true dignity. We live in an of-the-moment culture that determines certain lives aren’t worth preserving past the other side of the womb, that older lives are unimportant, and that the disabled person’s lack of societal contribution decreases their worth. We celebrate choice over difficult reality, and label it as heroic. Choice has become our god. We look to it to end life at its beginning. We promote awareness for legislation which would allow the choice formerly known as suicide to be magic-wanded into medical acceptance, because life isn’t fair.

But, as there is beauty in life, there is also beauty in death. Those people we hold dear in the happy and joyous times should also be there during the gray, rain-filled skies that surely come to all of us. Those experiencing terminal illness are displays of what loosing the chains of complacency looks like. The lessons they’ve learned through struggle are ones that would only be learned . . . through struggle! In the ultimate battle that is life vs. death, we cannot cave and prematurely choose death because the life lived is painful. This is the underlying wrong that is suicide — whether it is legally and medically induced or not. When viewing something that helps a terminally ill person through their end, I only think of hospice. The care received in hospice is THE definition of death with dignity. Assisted suicide is not.

The inherent worth of life is a constant one. It does not change based on physical capabilities, contributions, health, nor appearance. It simply is. Because this is an increasingly difficult idea to grasp, we need frank discussions on the preciousness of life and its Maker, or the definition of “worthwhile” years will become increasingly blurred.

Kimberly Ross is a conservative commentator on topics pertaining to politics and culture. This article is reprinted with permission from her blog, Lady K.