The Bible Is for Everyone 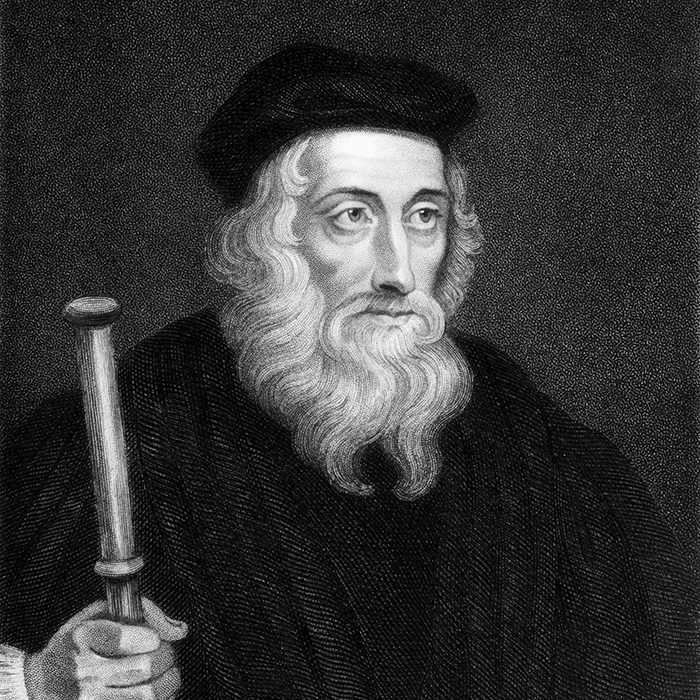 The Protestant Reformation should not be thought of as an organized movement. There was widespread concern over church corruption in Germany, Scotland, Switzerland, and England and throughout Europe. John Wycliffe of England is often identified as “the morning star of the reformation.” He was born nearly two hundred years before Martin Luther. But he was one of the first to voice his concerns with the church of his day.

Wycliffe challenged a whole range of medieval church beliefs and practices, including the sale of indulgences, the worship of images, and the adoration of the saints. He called the church back to the standard of Scripture: “Neither the testimony of Augustine nor Jerome, nor any other saint should be accepted except in so far as it was based upon Scripture.”

Wycliffe’s passion for Scripture would be his distinctive legacy. Up until that point, the Scriptures were only read in Latin. This meant that only the clergy had access to the Word of God. He felt that the Scriptures should be translated into the language of craftsmen and peasants. After laboring to complete this translation, he sent out simple preachers into the countryside to share the simple message of the gospel.

In 1415, more than 30 years after his death, Wycliffe was declared a heretic by the Roman Catholic Church. His grave was exhumed, his remains were burned, and his ashes were dumped into the River Swift. It was said afterward that this was a fitting picture of Wycliffe’s impact. One biographer wrote, “They burnt his bones to ashes and cast them into the Swift, a neighboring brook running hard by. Thus the brook hath conveyed his ashes into Avon; Avon into Severn; Severn into the narrow seas; and they into the main ocean. And thus the ashes of Wycliffe are the emblem of his doctrine which now is dispersed the world over.”

Jeff Burr is pastor of Forest Hills Baptist Church, Grand Rapids, Mich. This article was first posted to FHBC’s blog and is reposted here by permission.