A Biblical, pastoral response to our sexually charged culture. 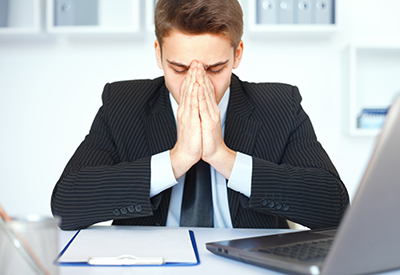 There is a story making the rounds at the moment about several celebrities whose privacy was compromised by computer hackers. Revealing photos were illegally acquired and made available publicly. While decrying the theft of these images, one popular actress justified why she had photographed herself by explaining that either her boyfriend would look at pornography, or he would look at her. This statement sadly reflects a conclusion that many in our society have reached: young men viewing pornography is both inevitable and acceptable.

Sooner than I care to admit, my own daughters will be nearing the age when they will think of men and marriage. As both their pastor and their father, I want them to know they cannot ever hope to gratify the appetites of any man who tries to satisfy himself by viewing pornography. When a man looks in that direction, he is looking to selfishly satisfy his own appetite. Such gratification takes place in a shameful, secretive manner that will trap him in an endlessly repetitive cycle. The hunger he seeks to feed will not and cannot ever be appeased. This is why we are instructed in 1 Peter 2:11 to “abstain from fleshly lusts which war against the soul.” The damage of such behavior can extend to the very core of a person.

That isn’t to say that anyone who has ever struggled with pornography must be considered permanently disqualified from any future consideration. I want my girls to find someone with character—whose honesty they can trust; someone who is not given to unrestrained anger. I don’t expect them to find someone who has never told a lie or who has never lost his temper. In the same way, I also want each of them to find a man who has learned to discipline himself and keep his body under subjection (1 Corinthians 9:27). Current statistics seem to suggest that their prospective husbands will have had some kind of exposure to pornography. However, a faithful husband will be the kind of man who has learned that he must delight in and “live joyfully with the wife” he loves (Ecclesiastes 9:9).

When confronted with the stark reality of society’s corrupted morals, some might conclude that the best way a Christian woman can respond is to be as plain and unattractive as she can be! However, in 1 Timothy 2:9 Paul establishes godly expectations for attire. Clothing choices need to be made in a way that shows respect for self and others—modestly, as opposed to inviting attention. At the same time, he does say a woman is to adorn herself. A sense of beauty, style, and grace can and should enter into the process of clothing choice.

Just as a young man has appetites that cannot be satisfied by pornography, our daughters need to be careful to recognize their own appetites. A young woman’s legitimate desire for love and acceptance cannot be fulfilled with the attention that exposure and dressing provocatively can bring. The damage done to one’s soul is as real for the woman seeking illicit attention as it is for the young man seeking improper gratification. The response to each desire is clear: flee!

While a godly woman should choose her clothing in a way that accents her beauty, Paul makes clear that a Christian woman will make her mark by her behavior. First Timothy 2:10 says that the proper way the godly woman will be noticed is by “good works.” The demonstration of character—things like honesty, integrity, kindness, being quick to forgive and slow to take offense—will establish attractiveness and appeal in a far more enduring way than a few provocative images will ever accomplish. The satisfaction derived from a life lived for God’s glory is something that cannot be duplicated.

Parents, don’t let your daughters be deceived into thinking they can win a boy’s affections by appealing to his appetites. Help them resist the lie that exposing their bodies to anyone but their husbands will in any way secure lasting love. Teach them of genuine beauty, and putting that beauty on display through Christ-like conduct. Everyone looks . . . so let’s make sure we’re helping people see the right things!