Where Do You Place Yourself on the Theological Spectrum? 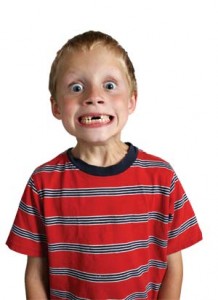 Dr. Jeff Straub, associate professor in Historical and Systematic Theology at Central Baptist Theological Seminary in Plymouth, Minn., delivered an address May 18 at The Conference on the Church for God’s Glory at First Baptist Church of Rockford, Ill. His address was titled “The Fundamentalist Challenge at the Turn of This Century” and can be downloaded in mp3 format here.

A slightly modified version of Dr. Straub’s address was posted in four parts on the Sharper Iron website (quotations below are taken from the Sharper Iron articles): Part One, Part Two, Part Three, and Part Four.

Historic fundamentalists are centrists. They are mainstream fundamentalists focusing on the important issues that have long characterized the fundamentalist movement since its beginning. Not the least of the issues is the gospel itself.6 Fundamentalists have long been concerned that the good news of Jesus Christ, including issues of his person and work and his future return to finish what he started—the so-called five fundamentals—are not lost in the quest for theological unity. Moreover, those in the center are concerned to distance themselves from individuals at the fringes of the movements on the left or right. It all must be addressed as unbiblical behavior, but in various ways.

Two fringe groups should be identified. The first are the indifferentists. These men are willing to make common cause with gospel deniers, thinking some greater good will result. They adopt an end-justifies-the-means philosophy. Billy Graham was a prominent example.7 The historical record of the weakening of evangelicalism is well documented. The second group contains individuals who partner with the indifferentists. They may not directly partner with the Gospel deniers but they turn a blind eye to their indifferentist friends’ disobedience. They tolerate the disobedience of evangelicals who make common cause with enemies of the Cross of Christ.

A centrist or historic fundamentalist finds it difficult to fellowship with any who tolerate error, and those who fellowship with the apostates are in error. Therefore, at some point, he must break with the hyper-fundamentalist on the right, who hold either unorthodox positions like the infallibility of a Bible translation or who hold their position stridently so as to make common cause with anyone all but impossible. To fail to do so would be inconsistent with the spirit of the Bible. The historic fundamentalist separates from all disobedience which jeopardizes a clear gospel witness. We (historic fundamentalists) cannot not make common cause with men whose position on Bible versions is divisive and rancorous. We also disassociate ourselves from gospel deniers and those who support them.

Dr. Straub also created a helpful chart that places this fundamentalist taxonomy within the broader theological landscape of the early 21st century, and I would encourage you to take a look at it.

What about you? Where on Dr. Straub’s chart would you place yourself and why?