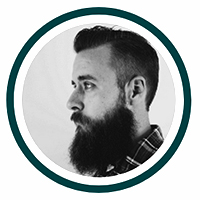 Let’s consider an important question requiring a complex response for which I intend to provide a woefully brief answer: “How should the church engage culture?” It’s an important question because the culture is at war, and we’d better know where we stand when the roar reaches its fever pitch.

What follows is nothing new, but nevertheless important.

The Church as Prophet

Let’s begin with the assertion that the church should maintain a prophetic stance in the world. Now, when we think about prophets, we typically think of those odd Old Testament fellows who dressed up in strange clothing and saw the future. That, of course, is only part of the picture. A prophet, at his core, was someone who authoritatively proclaimed the word of the Lord: “Thus says the Lord.” Prophets revealed the transcendent truth of God to a culture constantly changed and confused by its own desires.

To say, then, that the church should be prophetic is simply to say that the church must take that position where it declares, “Thus says the Lord” authoritatively. This is clear enough: we are to be salt and light in a world of darkness (Matt. 5:13–16); we are witnesses to Jesus through His gospel (Acts 1:8); we have been given a commission by the King of Kings to make disciples (Matt. 28:18–20). To carry out this charge requires that we maintain a kind of prophetic stance to the culture. After all, in sharing the good news, we are not saying, “This is a good idea!” but “This is true, and you need it!”

But here’s the rub: to speak the divine corrective into a confused and corrupted culture, the speaker must necessarily stand outside of that culture. It’s no mistake that God often called them to do strange things and utter strange words. He called them into a posture of prophetic distance from their culture.

We often think of communication as a matter of influence; we try to win those who disagree over to our side. There is absolutely a place for this. Our world needs apologists and the creatives to paint a compelling and winsome portrait of the beauty of God’s truth and person, inviting the world to join the glory of seeing and savoring our God.

At the same time, we must also recognize that it is impossible to say, “Come in and join us” if there is no “in” to enter.

Here’s what I mean. In 1 Peter, the church is described in terms of its distance to the surrounding culture: “You are exiles, sojourners, strangers. . . .” Peter intentionally names us as those who are distanced from their home culture. But it is not a complete distance (and this is important). A complete distance looks like living in the hills on a commune. Yet Peter paints a picture of dislocation within one’s home culture. I am here, but I do not belong.

Negatively, this dislocation creates the feeling of tension and suffering so well known to Christians throughout the ages. But it also creates space for us to cry into culture, “Come on in!”

But there is more. Distance also creates clarity. Each of us interprets the world around us through our own cultural hermeneutic. That is, the values and standards we inherit from our parents, develop through our experiences, and are taught by those we respect form a kind of interpretive framework through which we understand the world around us. So when we encounter positions on abortion or sexuality, hear news about poverty, or experience neighbors who look different than us, we run this data through our framework to make sense of it. More often than not, this happens subconsciously and enables us to make value judgments efficiently without doing fresh research to draw new conclusions every time.

However, as a pair of bad sunglasses just makes the world dark, our interpretive framework can actually obstruct our vision, rather than provide clarity, depending on the values and principles that make up our lens. Furthermore, there is no absolute agreement on the lenses in our world. The “culture wars” of our own country are manifest evidence of this. With all due respect to Rodney King, the reason we can’t “all just get along” is that we all see the world through different lenses.

But the gospel breaks through the chaos. The redemption brought through Christ’s cross work brings about a renewal of our minds. The Spirit engages in the massive work of healing our vision so that we might truly and really see things as they are.

Of course, we are not utterly distorted. As we undergo this transformation, we realize that we did see certain things clearly. But we also discover that we mistook clouds for animals, and shadows for monsters, and we utterly failed to see the treasure and the glory. In other words, in Christ, we begin to see the colors of truth and the treasure of the shape of goodness. And it’s precisely here that we need to aggressively pursue renewal (Rom. 12:2). To fail to do so is to hold on to those old lenses.

When a church hangs on to those old lenses, when it becomes selective in its renewal, it stagnates. A church may find itself allowing the Spirit to transform how it thinks about sexuality and, therefore, fight for moral purity within and without. But if it does not vigorously seek renewal in how it thinks about poverty, then its ability to see poverty will be formed and shaped by whatever cultural values it inherited from the world (the same is true for greed, racism, immigration, and on). These values may reflect the heart of God, or they may not. The point is that culture, rather than the Spirit, controls the conversation.

If we do not seek vigorous transformation of our sight, if we do not humbly seek to discover our blind spots with the light of Scripture and the honest input of Christian community, then culture controls the conversation, rather than the gospel. And if culture controls the conversation, then we remain too close to culture to be properly prophetic.

One more concern before we leave this subject. When a church allows culture to control the conversation, then the church gets pulled into the tribalism so present in our world. Here’s what I mean. Cultural lenses have become increasingly important as we (thinking specifically of American culture right now) have devolved into what is nothing less than tribal partisanship. My tribe and I think like this and we’re right; you and your tribe think like that, and you’re wrong. Culture is not monolithic; it is composed of various groups with their various interpretive lenses.

Here’s the problem: the church that allows culture to control the conversation will naturally side with the logic and conclusions of one group of people within the culture. If we allow our vision to be transformed only in certain areas, and we rely upon inherited cultural lenses to interpret what happens around us, then we will always be identified as belonging to one tribe or another.

And importantly, this is why churches are frequently accused of self-righteous hypocrisy. They possess just enough distance to rightly speak truth into culture but are controlled by culture just enough to render them guilty of tribalism, effectively erasing their effectiveness to speak prophetically by their association with one tribe over another.

But there is a better way. And it is found when the church submits itself wholly and fully to the lordship of Jesus Christ. When our cultural hermeneutic is finely tuned to His heart and His will, the church will always stand equidistant from tribalism. It will share in whatever true good the surrounding culture knows and embraces, and it will stand apart from its distortions. When the church aggressively and hopefully pursues renewal in the image of her Creator, then will she stand truly as an exile and stranger in whatever place she finds herself. And then, and only then, can she speak prophetically into a world desperately needing true color and light.

So the question bears asking: Are we courageous enough to hold our frameworks, conclusions, and assumptions about the world up to the light of Scripture? Will we be brave enough to question our assumptions in light of what God speaks to us? Will we seek renewal in all things?

Bob Stevenson is pastor of Village Baptist Church, Aurora, Ill. This article was originally published on his blog and is reposted here by permission.