Within quite a few supposedly evangelical churches, we are witnessing the adoption of Catholic and Orthodox aesthetics and liturgical practices even where official allegiance to Catholicism or Orthodoxy is not claimed. 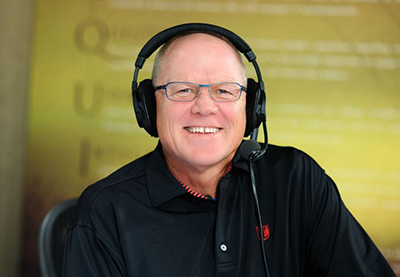 Earlier this month, news broke that Hank Hanegraaff, renowned evangelical Bible teacher and countercult specialist, had officially converted to the Greek Orthodox Church. Mr. Hanegraaff had been flirting with Eastern Orthodoxy for quite some time, but the news still sent shock waves through evangelical circles. To those from baptistic or Free Church backgrounds, it seemed the self-styled “Bible Answer Man,” whose motto for so many years had been “truth matters,” had now chosen to abandon the purity of New Testament Christianity for an aberrant tradition that favors ritualism and experience over Biblical truth.

This trend, of course, is nothing new. From Frank Schaeffer and Peter Gillquist to Gordon Walker and Jack Sparks, a significant number of evangelical leaders have moved to the Eastern Orthodox camp over the course of the last half century. The reasons for this are numerous, but I think at the heart of it is a magnetic attraction to those dimensions in Orthodoxy that are more mystical, experiential, and subjective than what is commonly found in evangelical and fundamentalist churches. Hanegraaff’s statement addressing his conversion bears this out:

I have been attending an Orthodox church for a long time—for over two years, really, as a result of what happened when I went to China, many years ago. I saw Chinese Christians who were deeply in love with the Lord, and I learned that while they may not have had as much intellectual acumen or knowledge as I did, they had life. And so I learned that while truth matters, life matters more, and I remember flying back from China after spending time with just common people who had a deep, intense love for the Lord, and wondering, “Was I even a Christian?”

This entire statement is interesting, but especially noteworthy is Hanegraaff’s comment that “while truth matters, life matters more.” Truth, it seems, was no longer enough to sustain Mr. Hanegraaf in his faith. Instead, he felt the powerful need for a moving mystical experience, the absence of which caused him to question the legitimacy of his very salvation.

This tendency toward embracing mysticism and sacramentalism is not limited to formal conversions either. Within quite a few supposedly evangelical churches, we are witnessing the adoption of Catholic and Orthodox aesthetics and liturgical practices even where official allegiance to Catholicism or Orthodoxy is not claimed. In High Church Heresy, Ken Guindon explains: 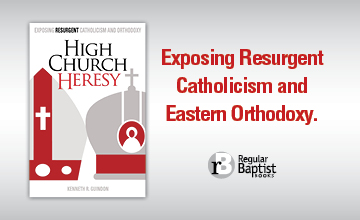 In recent decades a definite trend toward churchianity has developed within evangelical churches, moving even toward Eastern practices like meditation and yoga. The use of candles, robes, and repetitious responses is seen more frequently in American churches today. New thinking, new methods, and new names such as “missional church” or “emergent church” seek to renew the church’s focus. This trend is often a sign of a more cosmetic activism, marking a return to forms of worship as seen in ancient temples and religions. We are seeing a return to pre-Reformation times, when huge cathedrals were packed with people who superstitiously sought salvation in the practice of sacraments, the worship of saints, and the purchase of indulgences to shorten their time in purgatory.

I, for one, find these developments tragic. It seems to me that this attraction to mysticism and sacramentalism stems from a lack of trust in the sufficiency of God’s Word. This leads to the elevation of what Rolland McCune likes to call glandular Christianity—a version of the faith that is primarily driven by the passions of the heart rather than the careful appropriation of and dutiful obedience to the plain text of Scripture. Regular Baptists should take note of resurgent Catholicism and Orthodoxy in all its forms and oppose it. We have the perspicuous, authoritative, all-sufficient Word of God; what need have we of magisteriums, dubious ecclesiastical traditions, and liturgical mysticism?

“If you abide in My word, you are My disciples indeed. And you shall know the truth, and the truth shall make you free” (John 8:31–32).

Next post On Hank Hanegraaff’s Conversion to Eastern Orthodoxy