Clarifying what is and isn't at stake in the Houston subpoena issue. 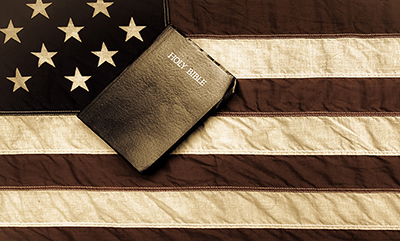 Over the last two weeks I have read many e-mails, Facebook posts, and tweets and have had two conversations regarding what is going on in Houston.

In June, the city of Houston passed a nondiscrimination ordinance that included the right of transgendered persons to choose which public restrooms they will use based solely upon the gender with which they identify. This resulted in significant public backlash. A petition was circulated to force the issue onto the ballot for a public vote. Houston churches were largely responsible for spearheading the petition effort.

Although the petition accumulated far more than the legally required number of signatures, the mayor and city attorney deemed many of the signatures invalid and, therefore, rejected the petition. In response, some of the petitioners filed a lawsuit against the city.

As part of the discovery phase of the lawsuit, city attorneys drew up subpoenas demanding that five Houston pastors turn over any sermons that mention gender identity, homosexuality, or Houston’s mayor. At this point, the story exploded. Fox News broke the story under the headline “City of Houston demands pastors turn over sermons.” This has engendered significant public outcry and accusations that the city is violating the first amendment.

Many people are concerned about how this issue in Houston is likely to affect churches everywhere in relation to politics and homosexuality.

I have heard comments like these: “City officials have forced every church in Houston to turn over all of their sermons and they are looking through them for anything related to politics and homosexuality.” “I heard that if preachers have delivered sermons against homosexuality, the homosexual mayor is trying to put them in jail.” “What is going on in Houston will affect every church and pastor in America.”

When commenting on news stories like this, we should allow all the facts to surface prior to issuing comments. I am concerned that Facebook and other social media outlets have become the digital equivalents of tabloids. Certain so-called media organizations have shock value as their goal rather than honest reporting of the entire factual truth. (Truth-telling just isn’t as good for business!) And the American people, including many church members, seem to react to the slightest bit of information from mostly credible sources without checking the facts first.

Here is what I know:

So what is really in question is this: How were the petition signatures obtained, and did the churches do anything unlawful in gathering them? Nothing the churches said about homosexuality or immorality is in question, nor will it be. Pastors can preach on these matters according to their beliefs, articles of faith, and the Bible without any threat of legal retribution. The only matter in question is whether the pastors of these five churches called on their membership to act out politically (for example, voting a certain way, supporting a particular candidate, or, in this case, signing a petition). If they did so, they would have been acting as lobbyists. Political lobbying is not the church’s mission. If a church wants to get involved in lobbying, that enterprise has its own rules and regulations that are governed by the states and the federal government.

Alliance Defending Freedom is working on the case in Houston on behalf of the churches and their members. We will all be watching closely to see what happens as the case develops. In the meantime, with many elections occurring around the country at this time of year, it is helpful to remind ourselves what political activities are allowed (and disallowed) under the current legal guidelines. The following is an excerpt from my book The Business Side of Ministry, published by Regular Baptist Books:

How involved in politics can a church be? This topic comes up each election year, and the legal guidelines are not always clear. The Alliance Defense Fund [now called Alliance Defending Freedom] has offered a helpful clarification in a list of “Dos and Don’ts for Political Activities of Pastors,” summarized below:

Michael Nolan is CFO/treasurer and director of strategic ministry growth for the General Association of Regular Baptist Churches. He also serves as director of Baptist Builders Club—USA.

Next post Clarifications on the Houston Church Subpoena Issue