Hostility toward the gospel is nothing new, and our response to it has already been scripted for us and modeled by generation after generation of gospel-servants who have suffered likewise. 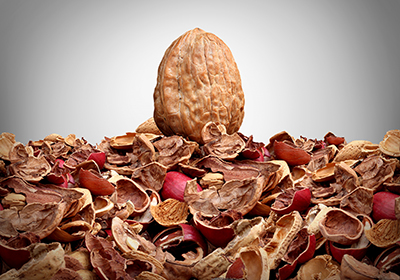 Expect suffering. Don’t fear. Hold fast. Perhaps these six words can summarize Paul’s exhortation in 2 Timothy 1:7–13 as well as any. Removed from that context by two millennia and half a world, we still draw strength and direction from those words. Hostility toward the gospel is nothing new, and our response to it has already been scripted for us and modeled by generation after generation of gospel-servants who have suffered likewise.

Being named to a “shame list” of “The Absolute Worst Campuses for LGBTQ Youth” did not come as a surprise to Appalachian Bible College. Nor is it an isolated incident of hostility. On the federal level, higher education policies are increasingly interpreted and applied to pressure faith-based schools. In the name of tolerance, the secularists are less and less tolerant of Christian orthodoxy.

Here is an even greater irony: being labeled as “dangerous” to LGBTQ youth. On the contrary, the laws of God bring wholeness, life, and peace—not danger. That is why ABC students, especially those enrolled in the Youth and Family Ministry Major, study to apply God’s Word with conviction and compassion to hurting individuals. That is also why a carefully developed program of standards and accountability nurtures students’ personal lives. Gaining victory in areas of temptation (sexual and otherwise) while they are young prepares them to serve God and others with integrity.

Being stigmatized on a public list like this could be cause for fear (“Here comes the persecution! We’re done for!”) or compromise (“Let’s just remove that one little line about gender and marriage from our doctrinal statement”). But Paul’s response is our third option: “Hold fast . . . in faith and love which is in Christ Jesus” (2 Tim. 1:13).

Previous post Ministering to Missionaries: The Ministry of Presence