On Nov. 27, a gunman opened fire outside of a Planned Parenthood facility. We need to begin wrapping our minds around what happened and relating it to our walk with Christ in the world. 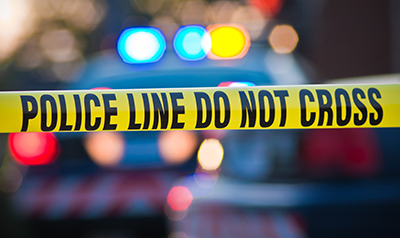 On Friday, Nov. 27, a gunman named Robert Lewis Dear opened fire outside of a Planned Parenthood facility on the west side of Colorado Springs, then barricaded himself inside. When the carnage was over some five hours later, three lay dead, including University of Colorado Colorado Springs police officer Garrett Swasey, and nine more were injured. Even before Dear was in police custody, speculation began to swirl as to his motives. Was he an anti-abortion protester who turned his anger and his rifle against Planned Parenthood? As of this writing, we don’t know his motives. We don’t even yet know the identities of the other victims. A great deal of information has yet to surface. But we need to begin the process of wrapping our minds around what happened and relating it to our walk with Christ in the world. As Christians, what should be our response?

First, we need to pray. The God of all mercies is concerned for the people whose lives have been changed so dramatically by this violence—especially those who are grieving the loss of a loved one today. Officer Swasey was a husband, a father, and an elder at Hope Church in Colorado Springs. His family and his church family are grieving and need our prayers (James 5:13). This event also emphasizes our responsibility to pray for those in authority, especially those who put their lives on the line every day on our behalf (1 Timothy 2:1, 2). We also need to ask God to bring honor to the name of Christ through the pain. There is a lot of sorrow, anger, frustration, and uncertainty. God is able to turn that to His glory and minister to the people involved at the same time.

Second, we need to exercise care as to what we say. The abortion debate will certainly continue to be a focal point of this discussion, as will the gun debate. Lots of allegations will swirl, and lots of angry comments will be made. We need to use discretion when we speak. Do we oppose the grisly abortion work of Planned Parenthood? Of course we do. Do we need to meet angry rhetoric with more of the same? No. Our anger often does not support the work of Christ (James 1:19, 20). Angry arguments won’t change minds or bring people to Christ. The gospel is the powerful good news that will change minds and lives (Romans 1:16, 17), and it is best spread with a smile, not an angry outburst.

Third, we need to make it abundantly clear that violence resulting in fatalities is not an acceptable way to proclaim the message of the Cross. Jesus never gave us a mandate to kill or maim in His name. Instead, He taught His followers to “turn the other cheek” (Matthew 5:39) and to “love your enemies, bless those who curse you, do good to those who hate you, and pray for those who spitefully use you and persecute you” (5:44). That is not to say that soldiers should not defend our country, or that individuals have no right to self-defense. Instead, this speaks to the use of violence to advance some aspect of Christian doctrine. Is it ungodly for Planned Parenthood to kill innocent babies? It is, but it is also unscriptural and therefore un-Christian for believers (or people who purport to defend Biblical positions) to use force as vigilantes to effect change. We preach Christ crucified and risen. We don’t kill those who disagree.

Stan Lightfoot is pastor of Rustic Hills Baptist Church in Colorado Springs and serves on the GARBC Council of Eighteen.

Posted in Commentary, Culture on December 2, 2015.