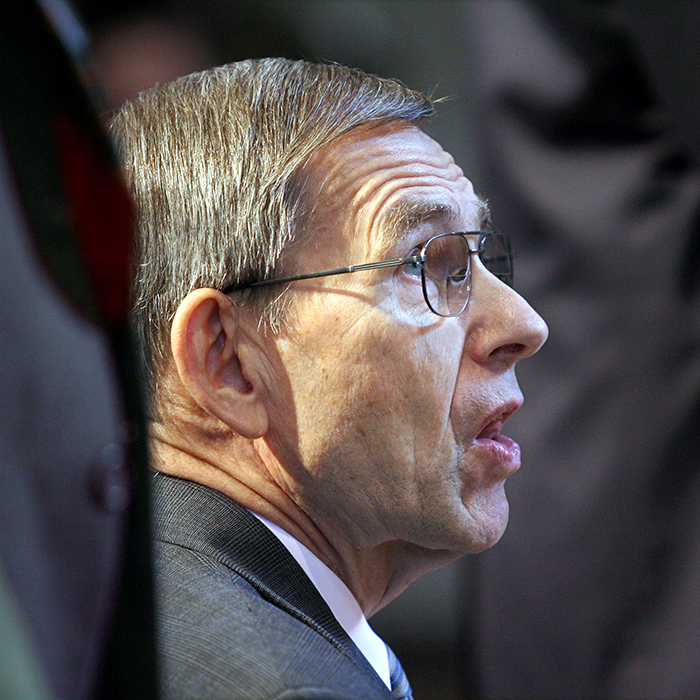 Showers earned a ThD from Grace Theological Seminary in 1975. “Please forget the Dr. part and just call me Rennie,” he told attendees of the 2009 GARBC Conference. At that conference, church members and leaders were privileged to hear him speak on the Biblical philosophy of history, particularly the differences between dispensational theology and covenant theology.

Working with the Friends of Israel Gospel Ministry for 36 years, Showers was a frequent speaker at conferences, colleges, and churches around the world. Listen to his three 2009 GARBC Conference sessions:

“A biblical philosophy of history,” he wrote in his book There Really Is a Difference, “must be able to explain how, when, and why such things as murder, false religions, capital punishment, human government, different languages, different nations, anti-Semitism, the Church, Roman Catholicism, Islam, the Renaissance, and the Reformation began.”

There Really Is a Difference is one of 15 books that Showers wrote. He also wrote The Coming Apocalypse, “an excellent refutation of the widespread view within Christendom that God is forever finished with Israel as a nation,” says the Baptist Bulletin in a review; Maranatha—Our Lord, Come!: A Definitive Study of the Rapture of the Church; and What on Earth Is God Doing?, which has been published in several languages.

See a collection of his books, videos, articles, and teaching materials at foi.org.

In addition to his roles as a writer and speaker, Showers taught theology from 1962 to 2016. He was a professor at Lancaster Bible College, Philadelphia College of Bible (which named him Faculty Member of the Year in 1982), Moody Bible Institute, and the Friends of Israel Institute of Jewish Studies and was a visiting professor at Baptist Bible Seminary, Calvary Bible College, and Word of Life Bible Institute. During his teaching career, he served as a pastor in New Jersey and Pennsylvania from 1963 to 1967.

He is survived by his wife of 56 years, Eleanor; their daughters, Renee Raupp and Marbeth Golden; and four grandchildren.