Kenneth W. Osbeck, a Cornerstone University professor who wrote a best-selling series of hymn stories, died March 27. He was 92. 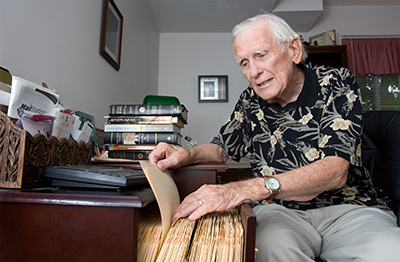 Osbeck taught at Grand Rapids School of the Bible and Music (1950–1967) and then Cornerstone University (1967–1984), where he trained several generations of GARBC church musicians. He served as music director at Wealthy Street Baptist Church during the ministry of Pastor David Otis Fuller and concluded his ministry at Northland Baptist Church with Pastor Maynard Belt.

Osbeck began his writing career as a University of Michigan graduate student, when he wrote his MA thesis on “Developing the Church Music Program in Non-Liturgic, Evangelical Protestant Churches.” After he graduated and began teaching, he expanded his thesis into a full-length book, The Ministry of Music: A Complete Handbook for the Music Leader in the Local Church (Kregel, 1971).

Then his friend John W. Peterson suggested he write a book of hymn histories, resulting in Osbeck’s 101 Hymn Stories (Kregel, 1980) and several sequels. The series has sold more than a million copies.

Ken’s wife, Betty, taught with him at Cornerstone University and served as his editor. “She had an English background,” Osbeck said in a 2012 Baptist Bulletin interview. “So we’d sit there with two typewriters, typing away, and many a time we’d come across some of these stories—and we’d both sit there with tears in our eyes, really.” 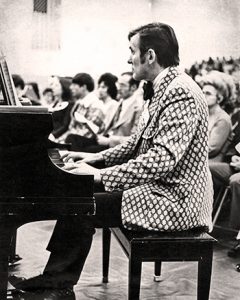 Their project led to a regular program on WCSG Radio, The Christian and His Hymnal, along with hundreds of appearances at local churches, where Ken and Betty presented programs of hymn stories.

“Hymnology changes all of the time. There are always new things coming,” Osbeck said, but he viewed his role as preserving “a great tradition . . . a great heritage of the past.”

He is survived by his wife of 66 years, Betty; their children, Kathleen Sindorf, Gregory, Mark, and Lisa; and three granddaughters.