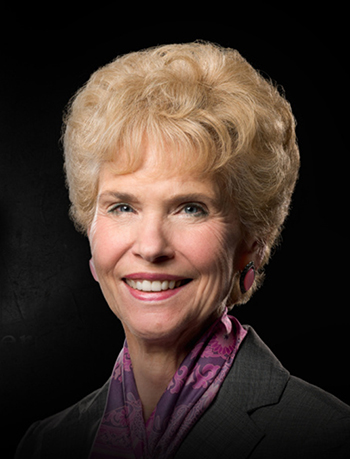 GREENVILLE, S.C.—Beneth Peters Jones, former “first lady” of Bob Jones University, died Feb. 2, 2019. She was 81. In addition to being a wife and mother, Mrs. Jones was an educator, author, actress, and speaker.

Mrs. Jones was born in Albany, Ore., in 1937. She graduated Bob Jones University with a bachelor’s degree in speech interpretation in 1959, the same year she married Bob Jones III. She earned a master of arts degree from BJU in 1961. She served the university for 58 years, having been an associate board member, an instructor, president’s wife (1971–2005), and chancellor’s wife.

“Her life was given in ministry to her husband and family and to Christian education,” says the Greenville News. Jones traveled, often with her husband, speaking at church conferences and couples retreats. She wrote 12 popular books for women. She was also an acclaimed actress—with leading roles in Christian film, Shakespeare, and drama—and a play and film director.

Next post Baptist Bulletin Podcast: What Is a Regular Baptist?