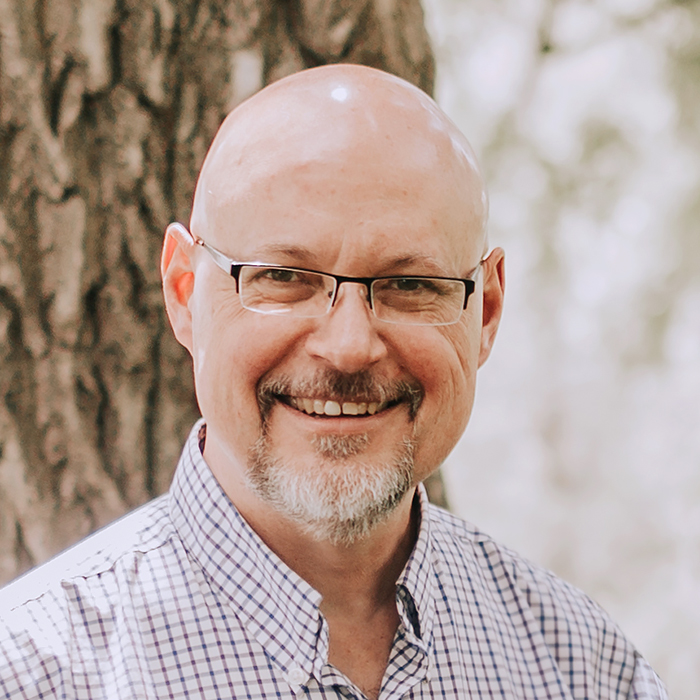 On Saturday evening Pastor John Murray left the parsonage, taking his regular walk through neighborhoods near his church in Hawthorne, Nevada. “When John went for a walk, it wasn’t just a walk—it was prayer time,” says his wife, Lynna. “He would usually come home energized, full of ideas about what to do next.” But he wasn’t home yet, and now Lynna grew worried enough to step outside and look down the street. Lots of flashing lights—“and somehow I knew.”

John Murray passed away on January 2, 2021, stricken by a sudden ailment that doctors are still trying to identify. He was 58.

His passion for discipleship and mentoring started early in life, well before he realized his father was preparing him for ministry. Tom Murray operated Bible Press in Weyauwega, Wisconsin. Young John helped around the shop while his father printed missionary letters and prayer cards. John learned to run the presses during production of Won by One, a bestselling discipleship training program. Thousands of copies flew through the presses in a blur, his early osmosis into the world of discipleship training.

His mentoring skills flowered while serving as campus pastor of CrossRoad Baptist Church, Ames, Iowa (2002–14). As he worked with students from Iowa State University and Faith Baptist Bible College, he gained a new appreciation for the missing step in disciple making: teaching others to do the same.

John Murray (center) and Lee Abuhl (right) talk with an Iowa State student during a football tailgating event in 2006.

“John was a dear friend and mentor in the Lord,” says Luke Scallon, who met his wife, Diane, at a Cyclone Bible Fellowship meeting. “Serving with Pastor Murray was an honor, and he was always available to invest his time and love in us when we called on him. He was such an encouragement in continued discipleship and challenged me to continue growing in preaching,” says Luke, now pastor of Grace Baptist Church in Laurel, Maryland, where he and Diane have started their own discipleship ministries. “We are very grateful for how God has used him in our lives. We will greatly miss his contagious joy and heartfelt passion!”

In 2014 the Murrays moved to First Baptist Church of Hawthorne, Nevada, a transition that provoked John to rethink his discipleship ideas. Most rural churches couldn’t afford a full-time vocational pastor. They needed methods that worked without much infrastructure or outside support. And given the rapid shifts in population and economic prosperity, they needed to make quick, nimble changes.

So John returned to school, enrolling in the doctoral program at Midwestern Baptist Theological Seminary in Kansas City, Missouri. He quickly zeroed in on a dissertation topic: “Frontier Survival: Developing Reproducing Discipleship in a Small, Rural Environment.” The day he passed away, he had sent his final chapter to his editor.

“MBTS is saddened by the news of John’s passing,” says Dr. Rustin Umstattd, assistant dean of doctoral studies. “We are filled with the hope that is found in Christ and His resurrection. John was nearing the end of the dissertation at the time of his passing. He was a diligent student who contributed to the advancement of the knowledge of Christ, both in the classroom and the church.”

Did John have a favorite verse? Sort of, Lynna says. “John loved God’s Word, and always said his favorite book or passage was whatever he was studying at the time!” But as he walked through life’s challenges, he kept returning to James 1:2–3: “Count it all joy, my brothers, when you meet trials of various kinds, for you know that the testing of your faith produces steadfastness.”

Lynna Murray has walked this path before. Her father, Pastor Floyd Durham, ministered at Olivet Baptist Church in Kansas City for 30 years. On an August morning in 1969, he died of a massive heart attack while praying at a pastors’ meeting.

Lynna was seven. She describes the next few years as a blur of fuzzy memories, obscured by a state of shock. Mostly she remembers her mom.

“In the past few days I’ve been thinking of my mom all the time. She showed me what it meant to walk by faith.”

To help with many costs associated with his unexpected passing, the family has established a GoFundMe donations site, “In Memory of John Murray.”

Kevin Mungons is the backlist curator for Moody Publishers and a member of First Baptist Church, Arlington Heights, Ill. He previously served as managing editor of the Baptist Bulletin.