Lessons on Preaching from the Internet 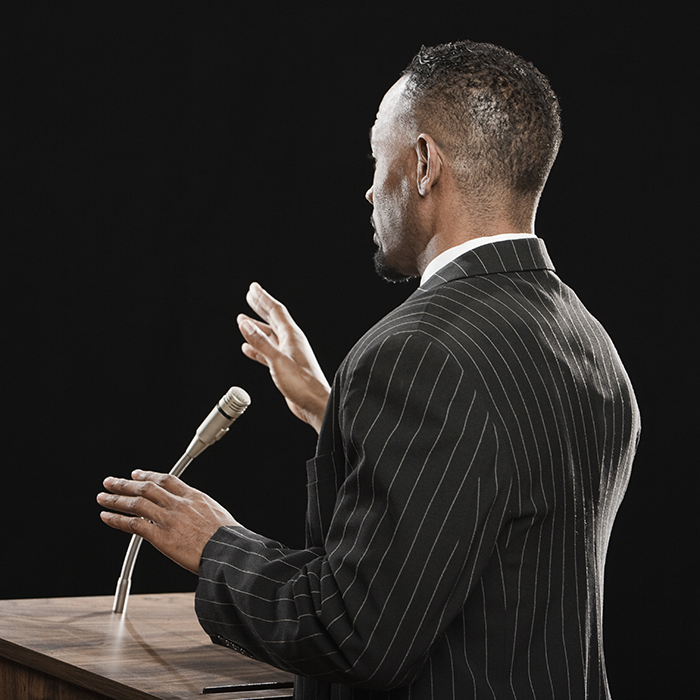 This may seem like an odd title for a blog essay, but I hope you will agree that the topic is worth pondering. In the last couple of weeks, a prominent preacher had been challenged to step down from his current leadership position for things that he said decades ago. This seems really odd that a fragment of a sermon delivered nearly twenty years hence should resurface now and be causing turmoil. But it is, and it has precipitated a discussion that threatens a rather glorious career.

The sermon itself included comments on a situation of domestic abuse in which the preacher was involved as a counselor. A woman sought out our brother for help on how to deal with an abusive husband. It seems that the abuse was physical. Like many believers today, the preacher held strongly to a “no-divorce-under-any-circumstances” position. Whether or not that is a Biblical view is beside the point for this essay. The counsel the preacher says he gave to the woman was to submit to her husband, to stay in the marriage, and to pray for God to intervene. She did stay and the result was two black eyes, courtesy of her husband. The woman came to the preacher with her injuries. When she asked rhetorically whether he was happy, the preacher said yes, . . . ostensibly because the abusive husband had sought him out shortly before she came, repented of his sins, and received Christ. According to our preacher, the marriage was restored.

Frankly, even if the story is true—that the husband became a believer—(and I am not doubting it), the counsel seems bad, at best. No woman should be encouraged to stay in a physically abusive situation in an attempt to win her husband to Christ. It was bad advice when it was given. It sounded bad in the sermon. And it surely sounds bad today in a culture more attuned to domestic abuse than previous generations. Perhaps he did not wish to counsel divorce, but to return to the home and become a punching bag for the husband was simply bad counsel.

What will happen with this brother and his ministry has yet to be determined. His organization will have a board meeting soon to discuss the public outcry that has arisen with the calls for his resignation. Whether the brother will be able to continue in his current position is beyond my ability to predict. The whole situation is tragic.

This brings me to the purpose of this essay. There are a number of important lessons to be learned as we watch this story unfold. We in ministry need to pay attention and be warned. This, theoretically, could happen to us if we do not walk circumspectly with regard to our pulpit ministry. I see at least four lessons.

First, we as preachers are accountable for our words—the words we say today, the words we will say tomorrow, and the words we said yesterday. Any of us who have ministered in the pulpit for more than fifteen minutes know that not everything comes out the way we intended. Sometimes what people hear is not what we intended to be heard. Occasionally a preacher will transpose a couple of choice words and the congregation will laugh. I once heard an older man ask God to forgive us of our “falling shorts.” I smile as I remember the gaff. At other times, we say things without measuring the effect or the weight of the words. We actually mean to say things a certain way, but upon reflection we come to realize that what we said could have a meaning beyond what we meant. Or worse, what we said was what we meant, but we did not measure the full impact of the words we would speak from the pulpit. We speak and cause hurt. If and when this happens, and sadly it does, we had better be quick to retract or correct a bad statement. If it was wrong, say so. Do not try to defend it. This will only make matters worse.

Second, we need to think long and hard before we say things from the pulpit. We are not called to be comedians but proclaimers of the life-giving Word of God. How sad it is when our pulpit speech detracts from the message we bear. I am not a fan of writing out sermons, though I have a friend who does this regularly. The great virtue of this sermon preparation technique is that it allows the preacher to carefully measure what is said and how. There is less occasion for a spontaneous, off-the-cuff remark that may go wide of the target. Whether one writes out his sermon or not, care needs to be exercised when addressing delicate matters. This is especially true when we use our own congregation as a sermon illustration. “I had a couple come into my office . . .” and then we proceed to vaguely sketch the story. This is a dangerous thing to do. We may betray someone’s confidence in an effort to be helpful to others.

Third, never say anything in print or that is being recorded that you do not want to be published from the housetops. I remember years ago a Canadian pastor who was teaching on child discipline. He used rhetoric that just sounded bad—something like “just beat them if they need it.” The sermon was recorded. A disgruntled attender passed the tape around and he had his children taken away by the province. Now, Christians shouldn’t “beat” their children under any circumstances, and pastors shouldn’t tell their people to do this, even if they think they are speaking rhetorically. When we get to sensitive topics, we need to choose our words very carefully. Our current brother is also being challenged for another sermon comment he made about a young lady and her aesthetic qualities. Some things just should not be said from the pulpit even if we are quoting someone else. There may be a need to address something obliquely. If so, caution must be used, lest our words, however helpful they may be intended, become an unnecessary offense to some.

Fourth, I wonder if our brother could not have kept the debate from starting by simply showing a bit of recognition for the other people’s point of view. Maybe, just maybe, his gainsayers have a legitimate point. I wonder if a simple acknowledgement of “maybe I could have said this better” would not have kept the situation from becoming a conflagration. Or better yet, saying “I gave bad advice” or “I shouldn’t have said that.”

I am sad for the current situation of our brother. I am sad that the woman so long ago was given very bad counsel. I am sad that a teenager was spoken of in a way that suggests a less than respectful attitude on the part of a man of God. I hold our brother in high esteem for how God has used him. I hope that this situation will be used for the glory of God. I have no doubt that it will if we ponder the lessons to be learned. God can use this in our lives to make us better ministers now and in the future.