Reflections on a Family Tragedy

A pastor shares his thoughts on the tragic double murder of a family in Illinois. 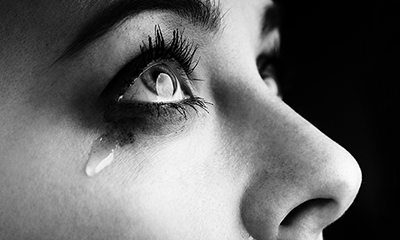 On March 10, a father in suburban Chicago fatally shot his 16-year-old twin daughters and then shot his estranged wife in both legs before taking his own life. The family of four had lived in Oswego, Illinois, where Scott Poling is pastor, before the couple separated and relocated their family to nearby St. Charles. Poling shares his thoughts on the tragedy.

At times I watched them walk our neighborhood, exchanging an occasional wave and greeting as they lived on the street behind us. This family of four, seemingly happy, had visited our church, coming with friends, and the mom interacted on my Facebook posts until quietly leaving social media. Today [March 14] the twin girls would have turned 17. They had moved to a town up the river, where their daughters continued high school as juniors this year. The now released 911 tapes reveal the screams of a mother, “My girls are dead” and calling out their names, Tiffany and Brittany. The dad can be heard telling his estranged wife, “I want you to live and suffer like I did.” He had taken the lives of his own children, shot his wife in the legs, and then took his own life.

Our hearts ache with sorrow, anger wells up inside, our minds scramble for answers; cold-blooded, heartless tragedy never makes any sense.

We mourn deeply for these precious girls caught in an ugly and hateful tug-of-war between estranged parents. We pray for their mom, Anjum, that somehow, some way she will find peace that only God can bring. We claim the promise desperate to believe all things will work together for good, but oh, how we hate the evil and depth of depravity found within the heart of man.

Only God can make sense of the senselessness of life. Only God can bring peace in the midst of so much pain. Only God. May we continually look to our Lord, and may we do everything to turn others to Him before it is too late. There is mercy and there is grace to help in time of need. Turn to Him and turn others to Him.