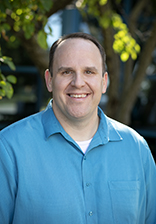 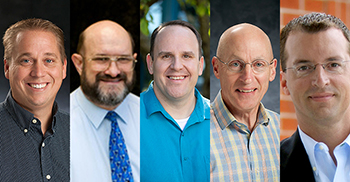 This year’s GARBC Conference theme, “Perspective: Finding Contentment in an Age of Cynicism and Comparison,” will encourage and strengthen you. The quest of finding contentment can be difficult in this age of comparison and cynicism, which creep into every area of our lives, including church life. Refresh your perspective on ministry at the 2020 GARBC Conference in Sacramento, California, Monday, June 29, through Thursday, July 2. Be enriched by the ministry of God’s Word brought to you by the following main session speakers:

David King
David King is lead pastor of CrossPoint Fellowship, a Baptist church in Jasper, Indiana, where he has ministered since 2005. Previously he served churches in Iowa and Florida. David is actively engaged in his community by serving as president of the religious education program for the public school system, president of Jasper youth soccer, coach of the middle school soccer team, and overseer of a Biblical counseling program. He also serves with the GARBC Council of Eighteen and Crossroads Fellowship of Indiana.


George Gunn
George Gunn has served on the faculty and administration of Shasta Bible College since 1986. Prior to and during his ministry at Shasta, he has served as a youth pastor, pastor, and church planter. He currently is the vice president of student services and chair of the Department of Bible and Theology. He has written extensively in theological areas, especially dispensationalism.

Mike Hess
Mike Hess became the GARBC national representative in 2018 after serving in pastoral ministries in Illinois and Iowa. He is a certified Biblical counselor with the Association of Certified Biblical Counselors. During his pastoral years Mike served on the GARBC Council of Eighteen and was heavily involved in the association through facilitating the GARBC Annual Conference, speaking, writing, and counseling. He has ministered in Australia, Argentina, Colombia, Haiti, Mexico, Italy, and Israel. He leads the GARBC with an emphasis on “making disciples through healthy local churches.”

David Strope
David Strope has been pastor of Ankeny (Iowa) Baptist Church since 1999. Prior to this ministry, he served churches in New York. In addition to his pastoral ministry, David is active in state and national leadership roles. He is a chair of the GARBC Council of Eighteen and serves on the Baptist Mid-Missions General Council and the Iowa Association of Regular Baptist Churches Council of Ten.

Steve DeWitt
Steve DeWitt is pastor of Bethel Church, Crown Point, Indiana, a multicampus church. In addition to pastoring Bethel Church and overseeing the campus churches, he has a teaching ministry called “The Journey,” which can be heard on Moody Radio and thejourney.fm. He is the author of Eyes Wide Open: Enjoying God in Everything.

MARCH/APRIL BAPTIST BULLETIN: THE LIMITS OF SCIENCE
Too many Americans, including Christians, believe science is best suited over other disciplines to reveal truth. It is past time to reconsider the limits of science. Brett Williams begins with “The Limits of Science,” while Michael Dellaperute answers the “science” used in the gender war (“Saving James: Casualties in the War on Gender”). The modern creationism movement, which has for decades battled the scientific consensus on origins, lost one of its founders in February. Read “Remembering John C. Whitcomb, 1924–2020.” Meanwhile, originalism has been the subject of two articles by David Gunn; read the final installment, “Why Originalism?” Then Terry Thompson tells about an Indiana church, with “Pleasant View Baptist Church: A Story of Redemption and Revitalization.” And Regular Baptist Press introduces Strong Students®, the new Strong Curriculum® for teens, available this fall. 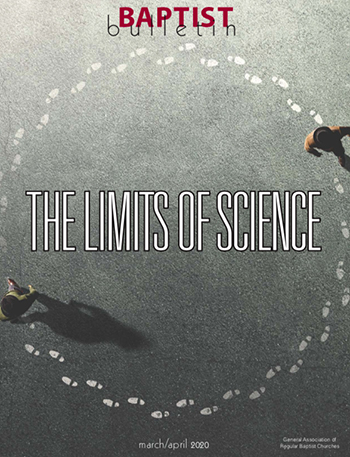 All the content of the print magazine, plus the following articles:

Subscribe to the Baptist Bulletin as an individual or in a group plan for members of your church. Questions? Contact Lynne Goemaat: 847.585.0833.

MEN MODELING THE MASTER CONFERENCE
“Being a Man of the Word” is the theme of the Men Modeling the Master Conference, sponsored by the Eastern Regional Association of the MARBC. This year’s speaker is Dustin Folden of Faith Church, Lafayette, Indiana. The conference will be held at First Baptist Church, Lapeer, Michigan, March 7, 9:00 a.m.–3:00 p.m. Registration begins at 8:30 a.m.

“If God Is for Us: Joyful Ministry in Troubled Times” is the theme of the Church Ministries Conference, sponsored by the Grand Rapids Regional Association of the MARBC. The conference will be held March 6–7 at Calvary Baptist Church in Grand Rapids. Dr. Mike Wittmer, professor of systematic theology at Grand Rapids Theological Seminary, will be the keynote speaker. The conference will feature dozens of practical workshops and ministry displays, in addition to the main speaking and worship sessions. Saturday lunch is included as a part of the registration fee.

DEVELOPING A DISCIPLE-MAKING CULTURE IN YOUR CHURCH SEMINAR
Maranatha Baptist Church, Grimes, Iowa, is inviting others to attend Developing a Disciple-Making Culture in Your Church, a seminar on disciple-making. Tim Potter of Arch Ministries will teach the seminar March 30–31. Seminar topics include “See the New Testament Imperative,” “Discover a Disciple-Making Culture,” and “Identify and Encourage Healthy Growth.” See further information (including a schedule and hotel information) and registration.