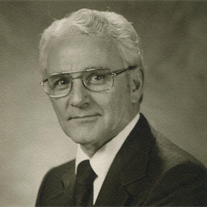 Create Big Fish Bay, with its shops, church, seafood restaurant, harbor master’s office, lighthouse, marina, wharf, and anything else you want to ...more

Creating a Culture of Discipleship

When the Annual Conference of the Iowa Association of Regular Baptist Churches began on April 12, the host church was uncertain if speaker Tim Potter ...more

Joy in Life and Ministry

Serve Boldly, the Northeast Fellowship's conference for church workers, "was a great success" April 24 "due to the work of so many people." ...more