Raymond Charles Stagno, a pastor and businessman who was dedicated to his community, congregation and family, died Nov. 12. He was 67. 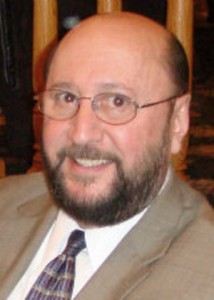 STATEN ISLAND, N.Y.—Raymond Charles Stagno, a pastor and businessman who was dedicated to his community, congregation, and family, died Nov. 12. He was 67.

The Brooklyn native moved with his family to Great Kills, a neighborhood on the South Shore of Staten Island, in 1965. He served in the U.S. Navy from 1966 to 1969 and in the Naval Reserves. A boatswain’s mate first class, he was stationed aboard the USS Saratoga, a Forrestal-class supercarrier.

Ray had been pastor of South Baptist Church in Staten Island since 1999. Two years into his pastorate, on 9/11, terrorists attacked the nearby World Trade Center. South Baptist Church immediately reached out to its hurting community and rescue workers. “The gospel need here is great,” Ray said at the time, “and it is our responsibility to get it out. Sometimes we get one chance in a lifetime to do something really important. This is it.”

Before pastoring South Baptist Church, Ray was an itinerant evangelist. In the 1970s and 1980s, after accepting Christ as his Savior in 1976, he volunteered at the Bowery Mission in Manhattan, and for the last 15 years served at the Goodwill Rescue Mission in Newark, New Jersey. Then in the 1990s, he and another minister held outdoor crusades to rid Staten Island of drugs and crime.

A businessman in addition to a pastor, Ray owned and operated King David Dinettes and Mattresses, a family business named after Ray’s father and son. When the company relocated to a different area of Staten Island in 2010, Stagno told the Staten Island Advance that, yes, being both a pastor and businessman is stressful, but “everybody has to work, even a minister. This here provides a service for people. God looks at our motivations.”

Ray was preceded in death by his son, David Salvatore II, in 2011.

He is survived by his wife of 45 years, Mary Jane; his daughters, Rosemarie West, Marjorie Stagno, Christina Franza, and Maria Winkworth; nine grandchildren; and one great-granddaughter.