Milford A.Fjare, 89, died April 3, having been a founding a member of a church that he designed and constructed. 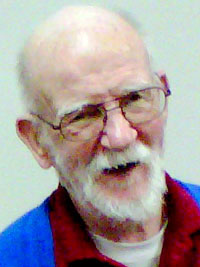 Milford, a World War II veteran, having served in the U.S. Navy, graduated from Iowa State University in landscape architecture. Milford and his family were founding members of Prospect Park Baptist Church, Council Bluffs, Iowa, a building that he designed and constructed. He also built homes and churches in Iowa, and worked on additional projects in Iowa, including designing the Lewis and Clark monument, landscaping the original Bayliss Park Fountain, and working to restore the Historic General Dodge House.

He was preceded in death by his brothers, Paul and Lloyd; a sister, Gertrude Wierson; a granddaughter, Andrea Zimmerman Boelter; and a grandson, Jacob Zimmerman.

He is survived by his wife of 65 years, Maxine; daughters, Susan Morris, Gloria Dunshee, and Janet Zimmerman; sons, David and Mark; 13 grandchildren; nine great-grandchildren; and a sister, Jurine Schellberg.

Three key elements are nurtured in each revitalization: focused prayer by the core, intentional discipleship that multiplies, and ...more

Emmanuel Baptist Church hosted a day of training in discipleship and church ...more