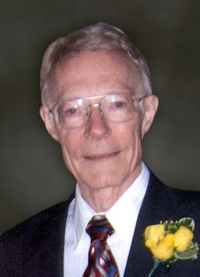 BANCROFT, Iowa—Donald Oscar Mueller, who pastored five churches in the Midwest, died on Easter Sunday, March 31. He was 77.

Donald was ordained to the ministry by Temple Baptist Church, Omaha, on May 26, 1961. He went on to pastor five Baptist churches—in Dunlap, Iowa; Smith Center, Kan.; Alta Gardens, Ill.; Belmond, Iowa; and Bancroft, Iowa. He served at First Baptist Church, Bancroft, for 30 years, retiring on Sept. 3, 2006.

Donald’s hobby was doing woodworking, and he lovingly crafted beautiful pieces for family and friends to enjoy. He also loved music, especially old gospel hymns. He sang in men’s quartets while attending Omaha Bible Institute, and in the churches where he ministered.

He is survived by his wife of 55 years, Bernadine; two daughters, Pamela Johnson and Marcia Swope; five grandchildren; and two great-grandchildren.

The idea that shame has no place at all in the life of the believer says too ...more