Constance Woolford, 80, died on March 10, 2019. Connee and her husband ran a business together before eventually working for Regular Baptist Press. 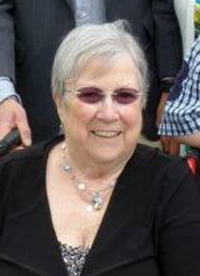 DOVER, Del.—Constance Woolford, 80, died on March 10, 2019. Connee and her husband ran a business together before eventually working for Regular Baptist Press.

Connee was saved while watching an evangelist on television. The Holy Spirit had been working in the heart of her husband, Tony, as well. After both trusted Christ as Savior and were discipled, they sold their business and moved so Tony could attend Baptist Bible Seminary of Pennsylvania.

Tony and Connee moved to Illinois in 1988, to work in the marketing department of Regular Baptist Press, then located in Schaumburg. As part of the marketing team, she traveled with Tony, leading workshops and working the book table at RBP training conferences and annual GARBC conferences. The couple’s travel for RBP took them as far as Australia, where RBP had a distributor at the time. She was also influential in training RBP employees to have a professional demeanor when interacting with customers and vendors.

Connee was known for her handcrafts; she enthusiastically invited coworkers and friends to participate in the fun of creating. She carried a bag of knitting everywhere and always had a project going.

Her greatest joy next to knowing Jesus was her family. To her grandchildren, she was Meme, the name she chose to identify herself on Facebook. Connee was preceded in death by one of her grandsons, Jacob Bedard. She is survived by Tony; two daughters, Michelle Court and Stacy Cushing; a son, Cameron; and numerous grandchildren and great-grandchildren.