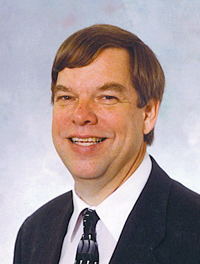 LOWELL, Mich.— “To everything there is a season, and a time for every purpose unto Heaven.” This rings true as the new year has ushered in changes at First Baptist Church following the retirement of W. Lee Taylor, pastor of ministries.

Lee Taylor grew up in the Grand Rapids/Wyoming area and graduated from Godwin High School in 1964. Following his graduation from Grand Rapids Baptist Bible College (now Cornerstone University) with a BRE, he honorably served in the Marine Security Guard Battalion School of the United States Marine Corps, in connection with the State Department preparing embassy security guards.

Taylor married his college sweetheart, Beverly Moon, after which they toured around the world in 1972. When they returned to the Grand Rapids area, Taylor attended what is now Grand Rapids Theological Seminary, where he earned his MRE. While attending graduate school, Taylor worked part-time for the Kent Intermediate School District. He was instrumental in bringing “Close Up,” a government studies program for high school students, to Grand Rapids, which became one of the first cities in the nation to have both local and state programs.

In 1996, Taylor became the administrator of Emmanuel Baptist Christian School in Toledo, Ohio, and then in 1997, he accepted the position of administrative pastor at First Baptist Church of Lowell, where he has served faithfully for 16 years.

Church member Kathy Casler says, “Overseeing a multitude of ministries, Taylor touched many lives with his compassion for people and achieved significant improvements and changes in the church facility as well as operations/policies. His attention to details and level of organization have been consistent blessings in all areas of service.”

“The epitome of humility and grace,” she says, the Taylors plan to stay in the Lowell area for their retirement and will continue to serve where the Lord leads them as well as visiting their children and 10 grandchildren around the country.