The Chaplain Alliance for Religious Liberty 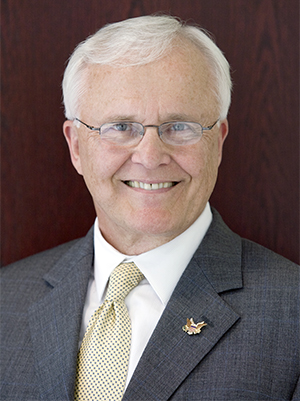 His comments were soon followed by an academic study released by the University of California Los Angeles School of Law, concluding there had been no negative impact on military readiness, unit cohesion, recruitment, retention, or morale.

Not so fast, says retired Brig. Gen. Douglas Lee, a former army chaplain who is now executive director of the Presbyterian and Reformed Commission on Chaplains and Military Personnel. He was one of 65 former chaplains who received widespread media coverage for their 2010 letter urging President Barack Obama and Defense Secretary Robert Gates to keep the DADT policy in place.

Now he continues to work in Washington, representing the newly formed Chaplain Alliance for Religious Liberty. The Baptist Bulletin recently interviewed him about the new organization and the GARBC’s participation as a founding member.

“Our group was never an object or a goal for anybody, but we realized during the ‘Don’t Ask, Don’t Tell’ repeal that evangelical endorsers were not able to speak with one voice to the issues,” Lee says. “Actually, it was a so-called debate, because there never really was a debate.”

Lee says that several chaplaincy endorsers met in January to discuss ways to respond to religious liberty concerns. They were later encouraged by the Alliance Defense Fund, followed by their formal incorporation earlier this year. About 25 endorsing groups have joined the new coalition, including John Murdoch representing the Regular Baptist Chaplaincy Ministries. Together these endorsing groups, and other endorsers who permit the Alliance to speak on their behalf, represent over 2,000 chaplains, more than half of all military chaplains.

To understand the need for the new group, readers should first understand two other chaplaincy organizations. The Military Chaplains Association is an independent advocacy group chartered by congress in 1925, open for personal membership to any chaplain or retired chaplain. The GARBC’s John Murdoch was formerly president of this organization (2004–2006). The National Conference on Ministry to the Armed Forces represents more than 200 endorsers of every faith. Technically, each endorser (such as John Murdoch) is a member of the conference, but the endorsing agency (like the GARBC) is not. The NCMAF has a sister organization known as Endorsers Conference for Veterans Affairs Chaplaincy. John Murdoch was formerly chair of the ECVAC and a member of the NCMAF executive committee (2010–).

Despite the GARBC’s track record for leadership in these groups, Murdoch points out an important limitation. The MCA and NCMAF represent all chaplains, all endorsers, and all faith groups. The Chaplain Alliance was formed because no one represented the viewpoint of conservative evangelicals.

“We’ve also been able to have some presence on Capitol Hill, and that’s where we’re finding some interesting traction with friendly congressmen and senators. We’ve been kind of surprised by all that. We are now being asked by friendly congressmen and senators for our opinion about bills and language. They’re asking us, ‘What should we do?’ and ‘What do you think about this?’”

Despite hearing optimistic statements from the Pentagon and in the media, Brig. Gen. Lee says the “Don’t Ask, Don’t Tell” repeal continues to cause problems in the enlisted ranks. But military chaplains, most of whom opposed the action, did not have a formal way to voice their concerns.

“You have to understand that chaplains—if they are active duty and in uniform—they can’t say anything,” Lee says. “They can say, ‘This is against my moral convictions’ (whatever the issue is), or ‘I cannot pursue this because of my religious beliefs.’” But the chaplains have no formal way to challenge what is now regarded as a settled issue in the military. As a result, Lee characterizes the chaplains as cautious.

“All of them were wondering how it would affect their marriage retreats, how it was going to affect their preaching and teaching, because at the end of the day, this is an issue of religious liberty,” Lee says.

He tells of an incident that happened soon after the DADT repeal, where a lieutenant colonel was reassigned because he forwarded an e-mail, critical of the recent decision, to his subordinates.

“He was threatened with retirement and was given a change of assignment because, quote, he needed more supervision,” Lee says.

Chaplains who expect to be promoted may encounter a glass ceiling, “a subtle, behind the scenes” barrier to promotion. “Oh, yes, he’s from the GARBC or the PCA, and they don’t agree with us,” Lee says, describing what sort of discussions could happen behind closed doors. “We need more diversity, so we’ll select someone who is more in line with our wonderful military mores and values.”

“That may already have happened,” he adds.

The military chaplaincy ministry exists because of the free exercise clause in the U.S. Constitution’s First Amendment, Lee says. As a result, military chaplains have two professional roles: provide and facilitate worship for military personnel. The distinction is important. Chaplains provide by leading services and offering ministry to service members who share the chaplain’s own religious beliefs. Chaplains facilitate by helping other faith groups do the same (though the chaplains do not participate in these other services).

He gives this example: “If five Wiccans want to have a service out in the forest, our chaplains have a role in facilitating their request, even though we do not participate with them. I’ll ask, ‘How many rocks do you need? Candles?’ Our hearts may break; we won’t be there at the service, but we will facilitate their request.”

He worries that the distinction between “provide” and “facilitate” may break down over time—with chaplains required to provide services that violate their own conscience and the teaching of their endorsing group. As he travels to church groups and represents the Chaplain Alliance, he says this question of religious freedom is the second most frequent question he hears.

This prompts his interviewer to ask the obvious—what is the most frequent question he hears?

“When I became a general, I thought I would get a lot of questions about high level chaplaincy strategy. But no—the most frequent question is, ‘Are you related to General Robert E. Lee?’” (Brig. Gen. Lee says he also hears, “Do you have a Dodge Charger,” from occasional Dukes of Hazard fans.)

Now that he is retired, I ask Brig. Gen. Lee if he feels he has more freedom to speak openly about his opposition to military decisions.

“Oh, absolutely,” he says. “Keep in mind that no one can tell a chaplain how to preach, pray, counsel, marry, bury. We endorse them to represent their faith group’s beliefs.

“But the chilling effect of all of this is that chaplains then are afraid to be too bold about it, or not address the issues that need to be addressed. When you are wearing the uniform, there is a natural fear to speak openly,” Lee concludes.