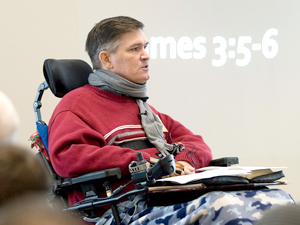 WATERTOWN, Wis.—The 14th Annual Men for Christ rally was held March 25 and 26 at Calvary Baptist Church. In all, roughly 370 men came, mostly from Baptist churches in Illinois, Iowa, Minnesota, and Wisconsin, to enjoy fellowship and spiritual refreshment while learning about “The Spiritual Man.”

“There are an awful lot of men who come because they are spiritually minded,” said Thorin Anderson, pastor of Parkwood Baptist Church in Chicago and president of Men for Christ. “So this was close to what they are looking for.”

Keynote speakers for the event were Dr. Dan Davey of Virginia Beach, Va., and Dr. Tim Jordan of Lansdale, Pa., both pastors and leaders of fundamental Baptist seminaries.

Jordan took his presentations from Philippians 2, encouraging the men with the concept of following the example of Christ in the details of everyday living. Davey spent most of his time speaking from the book of Acts, sensitizing the listeners to their need to obey the Holy Spirit as He leads objectively through the written Word of God.

“I probably had more people say they thought this was one of the best ever,” Anderson said of the rally. “Men really felt especially blessed and challenged.”

Perhaps the speaker who made the single biggest impact was John Leonard, a Baptist Mid-Missions missionary to Brazil who returned to the field in 2007 despite being paralyzed by a gunman there in 2005. Leonard presented a soul-searching message titled “This I Can Do!” He shared numerous anecdotes showing how God has used his willing heart even in the midst of struggles in the last four years.

“There were a lot of comments about John—his testimony,” Anderson stated. “That was a highlight. If a man like this can do it, what is my excuse?” 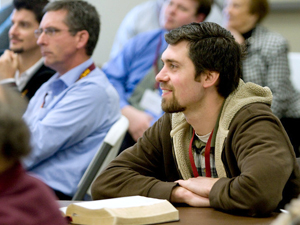 Next year’s rally is planned for March 30 and 31 at Fourth Baptist Church, Plymouth, Minn. The theme will be “God and Caesar: A Christian’s Responsibility to God and Country.” The keynote speakers will be Dr. Les Ollila, chancellor of Northland International University; Dr. David Shumate, general director of MGM International; and military chaplain Col. Joe Willis.