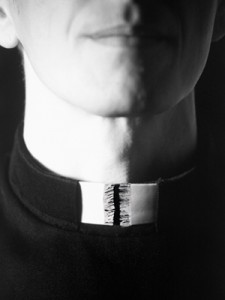 In an ecumenical age when Christians are expected to shed their differences in order to achieve whatever man-made unions can be mustered, Bible-believing fundamentalists are often castigated for emphasizing pure doctrine. We’re seen as negative, obstructionist, bigoted. “Separation” becomes a dirty word, an old-fashioned idea from another era.

But in recent days a most interesting phenomenon has been taking place—people in mainline denominations are separating in droves! Three groups in particular have been in the news: the Episcopal Church USA, the Evangelical Lutheran Church in America, and the Presbyterian Church USA. These groups, rather than experiencing the unity they are so adamant about, are witnessing a proliferation of new denominations or associations composed of dissatisfied members. Why are these people leaving and forming these new groups? Are certain Biblical teachings nonnegotiable after all?

Before taking a look at each of these three representative groups, one should note that the mass exodus of people from these denominations is actually not new and has been occurring for many years, particularly since the late 1950s. I spent the first 11 years of my life in an ELCA church, and I remember vividly the events surrounding my parents’ seeing ominous clouds on the horizon in the group even in the late ’50s. As born-again believers, they felt the need to leave for doctrinal reasons, as did a number of other families and individuals. The exodus continued. Between 1988 and 2008, the ELCA lost 737 congregations and 654,161 members. Some congregations lost up to 50 percent of their members. Denominations lost millions of dollars in annual giving.

Today the issue of homosexuality has become the last straw, finally grabbing the attention of church members in the fracturing groups. More than a social issue, the religious acceptance of homosexuality reveals the long-term denominational drift regarding the authority of Scripture in all matters of faith and practice.

Episcopal Church USA. In 2003, to the consternation of many both inside and outside the denomination, Vicki Gene Robinson became the first openly homosexual bishop in the Episcopal Church USA (his first name was due to his parents hoping for a girl). Robinson married a woman amid fears about his sexuality. He later divorced, “came out,” and met his male partner, Mark Andrew, while on a vacation. They moved into a new house and “had it blessed” by a bishop, which they considered to be the formal recognition of their life together. Later they had two other ceremonies. To become bishop (New Hampshire), Robinson got past allegations of inappropriate contact with at least one man, and David W. Virtue, a critic of gay ordination, claimed, “Gene Robinson’s website is linked by one click to 5,000 pornographic websites.” According to a book by Elizabeth Adams, Robinson has reported he spent time in a rehabilitation facility for alcohol dependency.

Such issues are more than mere gossip or private sin. They are symptomatic of a far greater problem—drift away from the authority of Scripture. In her opening address to the Episcopal Church USA convention in 2009, Dr. Katharine Jefferts Shori (the “Most Reverend Bishop and Primate”) declared that personal salvation in Jesus Christ “is the great Western heresy,” as well as “a form of idolatry,” denying that Jesus is the only way to Heaven. The evidences of apostasy continue. The group has approved liturgies for same-sex couples, as just one example.

Thus concerned, angered Episcopalians have formed a new denomination, the Anglican Church in North America, which is growing. Rev. Ken Semon, who left, commented, “The gay stuff is minor. It’s about the Episcopal Church failing to acknowledge the authority of Scripture.” Rev. Eric Menees noted, “This decision is, perhaps, the most difficult of my life and is not made out of anger or haste but ultimately out of a desire to be faithful to the gospel of Jesus and to be a man of integrity.” Menees also had a problem with Shori, the first female to lead the national church, citing the event as another example of “radical inclusion” in the church. Some conservative leaders in the denomination have been in trouble too. South Carolina Bishop Mark Lawrence was contacted by the Disciplinary Board of Bishops by letter, which stated that Lawrence had “done nothing to stop local parishes from leaving the Episcopal Church since it started ordaining homosexual bishops and sanctioning same-sex unions.”

The Evangelical Lutheran Church in America made waves in August 2009 when its annual assembly voted to allow congregations to call and ordain gays and lesbians as clergy. Interestingly, the same day a tornado tore off a huge cross atop an ELCA church across from the convention. Perhaps the damage was a coincidence, and ELCA leaders brushed off the incident, scoffing at the idea of a divine warning.

The official approval of gay ordination has little to do with what ELCA pastors believe on the subject. As of 2008, only 37 percent of ELCA pastors supported same-sex marriage. Again, the authority of Scripture is the overriding issue in the ELCA, as homosexuality is just one of a number of deviations. Women have been allowed as pastors, abortion is tolerated, and many detect a trend toward universalism in the denomination’s website.

In “Does the ELCA Teach Another Gospel?” Rev. Cary Larson notes, “For many years, learned people, clergy and lay, have warned that the ELCA is in dangerous theological waters. .К.К. Many leaders of the ELCA have deviated from the biblical understanding of salvation and practice what is known as Universalism, that is, a theological doctrine that all human beings will eventually be saved.” Larson notes that the ELCA web pages quote extensively from liberal theologian Carl Braaten. One statement by Braaten is, “There is a universalist thrust in the New Testament, particularly in Paul’s theology. How else can we read passages such as ‘for as all die in Adam, so all will be made alive in Christ’ (1 Cor 15:22)?” Bible-believing Christians know there is a vast difference between what the Bible means and what Braaten is saying. Larson concludes, “Gone are the times when we can just assume that when we speak of salvation that we all are saying that God saves those who believe in Jesus Christ alone.”

Since the August 2009 ELCA debacle, nearly 600 congregations have taken votes to leave the denomination, which created a huge drop in income and a significant staff reduction at the denomination’s headquarters. Several Bible-believing Lutheran bodies have existed for quite a number of years, such as the Lutheran Brethren and the Association of Free Lutheran Congregations. But more recently a host of growing new groups have also sprung up in response to the ELCA apostasy, including the Fellowship of Evangelical Lutheran Churches, Lutheran Congregations in Mission for Christ, and the North American Lutheran Church. Several pastors have started blogs telling how churches and individuals can separate from the ELCA, along with testimonies on YouTube, and dissenting publications such as The Vine and Branches, whose editor, David R. Barnhart, once an ELCA pastor who separated, observes, “For years leaders of the Evangelical Lutheran Church in America (ELCA) ignored the prophetic warnings of stalwart men and women of God who saw the enemy entering the church with a steely determination to make false teachings and heresies acceptable among the church’s rank and file. Because these warnings were ignored, the enemy captured the church. Once again, ELCA leaders are ignoring the fierce winds bellowing across their church as finances plunge and as hundreds of thousands of their members pour out of the doors never to return.”

The Presbyterian Church U.S.A. is governed by a General Assembly that voted in 2010 to introduce a constitutional amendment removing the restriction against the ordination of partnered homosexuals. Then in 2011 a majority of the 173 presbyteries approved the new amendment. (The final vote was 205 to 56, with 3 abstentions.) Liberalism has had a foothold on the group for many years, with several groups such as the Bible Presbyterians and the Orthodox Presbyterians leaving back in the fundamentalist-modernist battle years of the early to middle 1900s.

One such group, The Fellowship of Presbyterians, is meeting to consider leaving the denomination over the gay issue, and other matters. “We have come off track, and Presbyterians have become a declining part of American life instead of a vibrant, growing part,” said Rev. John Crosby. “We have tried to create such a big tent trying to make everybody happy theologically. I fear the tent has collapsed without a center.” Crosby leads a 5,000-member church in Edina, Minn. About 1,000 pastors and other concerned laity attended a recent FOP conference to discuss the situation.

What’s going on here? The constituents of these groups can no longer endure their church’s abandonment of sound Bible teaching—and they are separating. In each case, the denomination’s drift on social issues such as homosexuality is a symptom of a much larger problem—a rejection of sound doctrine, the authority of Scripture, and the essence of the gospel itself.

How can we respond? First, we should not use these incidents as an occasion for spiritual pride, as if to say, “I told you so.” Second, we should model an attitude of sorrow (not glee!) whenever separation is necessary. Third, we should demonstrate love toward those we oppose, speaking the truth, but not demonstrating anger. Finally, we should commend and assist those who are sincerely studying the Scriptural teaching on separation, helping them grow in grace as they arrive at a consistently separatist position.

Norm Olson is senior editor of the Baptist Bulletin.

The ‘Why Factor’ Answers Kids’ Questions about the Bible

We believe in the power of the Word of God in the hands of the Holy Spirit for building faith in the hearts of children. ...more

The population of Rugari in eastern Congo was threatened Jan. 26, making life more difficult for ...more