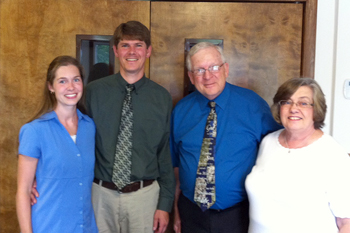 SCHIOCTON, Wis.—Maranatha Baptist Church has called Joel Smith as pastor. He had been serving as associate pastor of the church since January, hired after Pastor Greg Sorensen announced his desire to retire after a total of 40 years in pastoral ministry, including 25 years at Maranatha.

Pastors Smith and Sorensen are now in a process of transition as they share pastoral duties. When Sorensen retires at the end of the year, Smith will assume full responsibilities as pastor.

“The calling of the pastor is more than a job; it’s a wonderful ministry,” says Tom Townsend, pastor of Calvary Baptist Church, Battle Creek, ...more