How Should We Then Marry? 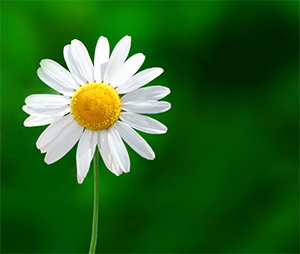 A few months ago I was serving in my church’s nursery during an evening service alongside a single woman who attended a Christian college, is now employed in the secular workforce, and faithfully serves Christ in ministries such as Awana, VBS, teaching, music, and hospitality. I’d been reading up on the challenges that marriage-minded Christian singles face, and I wanted to pick her brain regarding what she has experienced as a single in the church, as well as what she desires and hopes—things like, does she hope for marriage and family? If so, how does she meet Christian men? Has the church been a help to her as a single—has she felt cared for, encouraged, understood? Were believing friends, family, or those at church missing anything in their care for her during this season of life? My friend and I had just two little ones in the nursery that night, so as we cared for them, we had some time to talk.

“Most of my friends are married or dating,” she said. “With friends getting married and having kids, the shape of those friendships is changing. Everyone in my Adult Bible Fellowship is great, but sometimes I feel awkward as the only single person, although this is probably just me.

I do want to be married and have a family, and I pray for my future husband, but as far as meeting someone. . . . ” Her voice trailed off. “Where would we meet?”

Good question. Even though ours is a good-size church (attendance runs about 400), there aren’t too many singles; and, as in many churches, single women outnumber single men—although that doesn’t mean Christian men don’t consider it difficult finding someone to date, let alone marry. Meeting someone at work is an option for some singles, but, of course, the majority of those in a secular workplace are probably unbelievers. And while sometimes friends and family will set singles up on a date, if friends and family attend their church and generally know the same people they do, they’re back to square one!

So, if singles who’d like to marry find it difficult to meet someone at church, what can they do? What should they do? Anything? Nothing? And is my friend’s experience as a marriage-minded Christian single an isolated one, or could this conversation have taken place between two believers in the nursery—or at the outreach, music practice, or VBS—at your church?

If singles who’d like to marry find it difficult to meet someone at church, what can they do? What should they do? Anything? Nothing?

Journalist Julia Duin prompts a similar question in her provocative book Quitting Church: Why the Faithful Are Fleeing and What to Do about It. In a chapter called “The Loneliest Number: Why Singles over Thirty-five Are Saying Good-bye,” Duin notes that even while churches promote marriage and family in their teaching, preaching, small-group focus, fellowship, etc., often churchgoing singles who express a desire for marriage are met with a lack of compassion, wisdom, and full-orbed Biblical counsel, which can lead to discouragement. For example, marriage-minded singles are often given counsel that while true is also flat, one-dimensional, and without mercy: “Be content”; “Don’t make marriage an idol”; “Jesus is all you need.” Sometimes singles receive counsel from those who, like Job’s counselors, mean well, but speak without knowledge regarding what God is doing in a person’s life, saying things like, “If God wants you to have a spouse, He will bring you one,” or “You’re not married because you want it too much.” While people mean well, such “help” is not helpful, often leaving singles feeling frustrated and ashamed of their desire, and leading some to quit seeking counsel at church or date unbelievers or quit church altogether.

As an example of the counsel that some singles receive, Duin tells the story of a man who sought and prayed for a wife through his 20s, 30s, into his 40s—this man attended several churches through the years, and at each one asked for prayer, help, and counsel from pastors and other leaders regarding marriage. But every time, the men whose counsel and prayer he sought discouraged his desire. One time he was told to “stop whining,” that if God wanted him to be married He’d bring someone into his life. Another time he heard a sermon in which the pastor said that if a person hadn’t married by his or her 40s, “this was God’s calling of celibacy.” The man recounts, “I was rebuked by the elders because, according to them, the Bible says it is better to be single to serve God better. They, obviously, were married, and I didn’t understand, if they felt so strongly about being single, why they themselves weren’t single. When I would ask for prayer, I would get a lecture about being content, and was told I needed to stop focusing on self and serve God better.”

Why Singles over 35 Are Saying Good-bye

—Julia Dunn, Quitting Church: Why the Faithful Are Fleeing and What to Do about It

Single for a season

Elisabeth Elliot defines suffering as either “having what you don’t want” or “wanting what you don’t have.” According to that definition, being single when you’d like to be married is a form of suffering—minor, yes. But suffering nonetheless. When marriage-minded singles open up to other believers and “ask for bread”—share feelings of discouragement, loneliness, and despair in hopes of receiving counsel, prayer, encouragement, and understanding—we cannot give them stones! Christ is not exalted, nor is He glorified.

Certainly the church works hard to serve many groups well—parents, married couples, students, the elderly, widows and widowers. But what about singles?

In these matters as in all, we need to think Biblically. Scripture teaches that singleness is good. Paul wrote in 1 Corinthians 7:32–35 that singleness is a time to serve Christ wholeheartedly, “without care,” a season during which one has the privilege of focusing solely on pleasing the Lord, serving Him “without distraction.” This is good; to serve Christ with all our hearts is good. In contrast, the world teaches that what is good about the single life is that during this season you have no obligations but to yourself. Listen to the messages that TV, movies, and music send, and you’ll hear that being single is “all about you,” a time to live it up, party, indulge. This is not living as a creature, but living as a god, living “unto” oneself, and such a lifestyle is in direct contrast to that of our Lord.

Singleness can be for sanctification

But what of the single believer who is obeying Scripture, pursuing Christ’s kingdom, seeking to live wholly for Him, yet who desires marriage? What of the believer who strongly desires marriage, yet year after year remains single, frustrated, discouraged, lonely, even while faithfully serving? What does the Bible say about that?

First of all, there is no changing Scripture due to our circumstances, desires, or disappointments. The first order in such a case is to remain faithful to Christ, to continue pursuing service to the Savior with a whole heart, and to cooperate with and submit to God by faith as He works all things together for good (including the suffering that comes with unwanted singleness) as He defines good—Christlikeness (Romans 8:28, 29). This means that in addition to wholehearted service, a season of singleness when marriage is preferred is something that God desires to use for the purpose of sanctification, even as singles pursue His kingdom and choose to trust Him. This isn’t always easy, and at times it will take a lot of grace to wait on Him and choose to trust, but to think and live Biblically, Christian singles must seek by faith to wholeheartedly pursue Christ, His kingdom, and conformity to His image.

In other words, even as Paul recommended his preference for singleness (and yes, he thought that he also had the Spirit of God! 1 Corinthians 7:40), the fullness of the passage teaches that the unmarried have a choice regarding whether they remain single or not. There is not a dictate or even a curse on singles in their unmarried state—God has given them freedom and He has given them choice. It would seem that as long as marriage-minded singles seek to be wise, submitted, and Biblical in their pursuit of marriage, with a motivation to love God and neighbor, and a desire to glorify God, there is freedom to pursue marriage in right ways: Again, of the widow, Paul wrote, “She is at liberty to be married to whom she wishes, only in the Lord” (1 Corinthians 7:39).

Biblical scholars differ regarding the meaning of the verse from which the concept of “the gift of singleness” comes (“Each one has his own gift from God, one in this manner and another in that,” 1 Corinthians 7:7). I believe the context allows for more freedom and choice regarding marriage than many singles (and other believers) might gather from the discussions in Christian circles regarding “the gift of singleness.” Even as we serve a sovereign God Whose will is always done ( Job 42:2; Daniel 4:35), we also serve a God Who seeks to raise up wise sons and daughters who will glorify Him through submitted, prayerful decision-making. While ultimately it is God Who enables a man to find a wife (Proverbs 18:22), still the fact that she is found implies that he was looking—and that she was available and willing to be found!

Just as singleness done rightly achieves greater glory to God, so does marriage. Marriage glorifies God by fulfilling His creation design and order; by allowing a husband and wife to accomplish greater stewardship of the earth as they partner up; by fulfilling mankind’s desire for companionship, love, sex, and children; by providing a unique opportunity for sanctification and growth as a husband and wife seek to die to self and serve the other; and by reflecting God’s good character and plan as a husband and wife image forth a picture of Christ and the church.

If there are singles in our churches who are struggling in their singleness, perhaps God has given them this desire in order to drive them to marriage for His greater glory. Certainly the church works hard to serve many groups well—parents, married couples, students, the elderly, widows and widowers. But what about singles? How well is your church doing? How about mine? What messages are we sending regarding marriage and singleness? Are the messages Biblical or unbiblical? What challenges do marriage-minded singles face today? Is there a problem—and if so, is it the church’s problem? Is there any call to the church to help and encourage singles to marry to the glory of God?

Donna Poole of Lickley’s Corners Baptist Church has written a novel based on the real life experiences that she and her husband, John, have shared ...more

https://youtu.be/K39gwWbYayg As I write this report, our state (along with many others) has been on COVID-19 lockdown for just over two months. This situation has been ...more