CEDARVILLE, Ohio---Harold Green went Home to be with the Lord May 19. He was 80 years old. 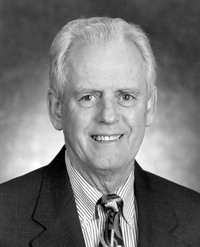 CEDARVILLE, Ohio—Harold R. Green, former campus pastor and vice president of Christian Ministries at Cedarville University, went Home to be with the Lord May 19. He was 80 years old.

Harold began his ministry career as a pastor, ministering at Falls Baptist Church, Falls, Pa. (1953, 1954), and planting and pastoring Aetna Baptist Church, Gary, Ind. (1955–1958), and Faith Baptist Church, Greenville, Ohio (1958–1970). During his pastorate in Greenville he served on the Council of Ten and State Youth Committee for the Ohio Association of Regular Baptist Churches. He led and assisted in the start-up of Scioto Hills Baptist Camp in Wheelersburg, Ohio, and Sky View Ranch in Millersburg, Ohio, serving on the trustee boards of each camp as well as the National Camp Committee of the GARBC. He was recognized as an honorary chaplain of the National Association of Regular Baptist Camps. He also started and, for more than two decades, managed a health insurance group for Ohio pastors.

In 1969 Harold became director of Christian Ministries and campus pastor of Cedarville University, Cedarville, Ohio. As the first person to hold such a title at the school, Harold developed a campus-based ministry modeled after the local church in order to train and equip future church leaders and provide discipleship for students. He also served as the wrestling coach from 1971 to 1976.

Under Harold’s 25-year leadership, the Christian Ministries division expanded exponentially to serve more churches and impact more people through gospel outreach and ministry teams. For many years, he personally led an evangelism team to Florida during spring break. The training, equipping, and sending of gospel teams was placed under his leadership. In 1970, along with Dr. Don Callan, professor of exercise and sports science, Harold started the Missions Involvement Service (MIS program), which sends hundreds of students, faculty, and staff to minister around the world each year. He personally was involved in nine trips to Australia, one to Russia and Ukraine, and one to Hungary and Romania. He also served as chaplain for the Air National Guard in Springfield, Ohio, and was an encourager to pastors, ministry leaders, and alumni throughout the area.

Harold retired in 1995 but continued to serve Cedarville in external relations for another 13 years. His wife, Margaret, who was his administrative assistant throughout his tenure, joined him in representing the school across the United States, traveling in their RV and making contacts with churches, schools, alumni, and prospective students and parents.