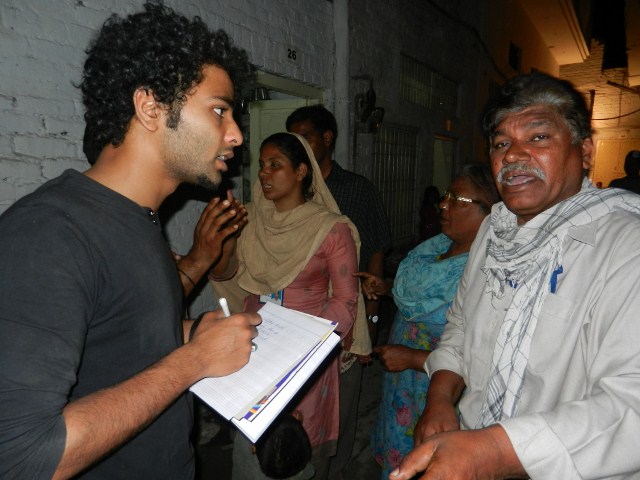 In a span of only three weeks, Christians in three countries have been displaced by fires, either by natural disaster or persecution. All of these people are now putting their lives back together with limited resources and the aid of Regular Baptist International.

On March 9 a mob of Muslim fundamentalists attacked a Christian neighborhood in Lahore, Pakistan, over an individual’s alleged blasphemy against the prophet Muhammad. The group set fire to approximately 180 homes, 18 stores, and two churches. Thankfully hundreds of inhabitants had fled the area the night before the attack, fearing that violence was imminent. No one in the community was hurt, but their homes were burned down, leaving them with nothing.

Christians in Bangladesh and Myanmar are facing similar disasters.

In the third week of February, 12 families’ houses in the Hill Tracts of Bangladesh burned down from a fire in their harvest field. God saved these families, as none of them were in their homes at the time. But now they are without shelter and food. The Bangladesh Tribal Association of Baptist Churches, a Regular Baptist International partner, donated all they could, but it was not nearly enough. Each family received 1,500 Taka ($19.20) plus some used clothes donated by churches.

In Matupi, Chin State, Myanmar, the houses of two Christian families burned to the ground on the evening of March 2. One person died in the fire, says Timothy Sui Lian Mang, president of Myanmar Biblical Baptist Fellowship, another partner with Regular Baptist International. “Only his few bones were found,” he says. Believers in the area collected funds, clothing, and food to assist these two families.

Back in Pakistan, Dr. Muqaddam Zia, a pastor in Faisalabad, is working to help believers displaced from the attack on their neighborhood. He communicates regularly with Regular Baptist International, though he does not yet partner with the association. He writes, “Government has promised to repair the homes but the process is slow. Right now the families are living in tents. The temperature is increasing as the summer is coming in Pakistan.”

A team working with Dr. Zia has been distributing ready-to-eat meals, food packs containing one month’s worth of groceries, cooking tools, water coolers for drinking water, clothing, and bedding.

“The distribution of relief goods will be continuing as these families have very little,” he says. “We will try to provide household materials in the next two or three days. . . . The need is great and the resources are limited.”

He says, “Thanks a lot for your prayers, support, love, and concern. . . . Please keep praying”—statements that, no doubt, Christians in Bangladesh and Myanmar would echo.