MANIPUR, India---The Doctrine and Administration of the Church is now available in Northeast India bookstores and is “bearing fruit,” says translator Lhunsei Kipgen. 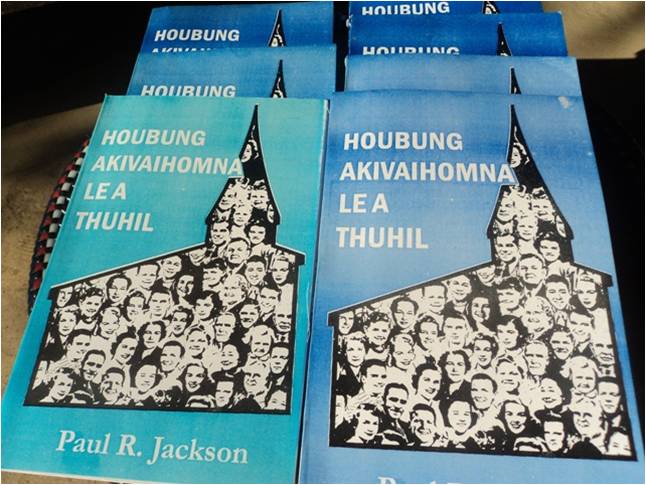 MANIPUR, India—The Doctrine and Administration of the Church is now available in Northeast India bookstores and is “bearing fruit,” says Lhunsei Kipgen. He translated this book, written by Dr. Paul Jackson in 1968 and updated in 1980, into the Thadou Kuki tribal language. It remains Regular Baptist Press’s best-selling book on Baptist polity.

Kipgen says, “Many liberal churches’ leaders read and they recommend the Biblical doctrine. That was our target. These books are teaching the Biblical truth to the territories of Manipur, Assam, Meghalaya, Nagaland, and Myanmar, where the Thadou Kuki speaking peoples settled.”

Kipgen Llunsei is a pastor within the Fellowship of Biblical Baptist Churches of Manipur, which was voted into the International Partnership of Fundamental Baptist Ministries at the All-Partners Conference in Bangkok in November. (Read conference coverage.)

He is now working on another book, Kei Koi Kahim (translated, Who Am I), “based on what would the true Christian be.”

Expressing his appreciation for the IPFBM, he says, “Let us together do something great for the Lord in this corner of the world.”