A Gift That Lasts

Across the country, new GARBC churches are being planted, and established churches are outgrowing their buildings. Pastors are looking around their aging facilities and seeing repairs that need to be made; others are visiting their damaged buildings after a natural disaster and wondering, “Where do we go from here?” All of these churches have one thing in common: the need for funding. And that’s where Baptist Builders Club, a ministry of the GARBC, comes in. Five churches have received gifts of financial assistance that will benefit their ministries for years to come.

Baptist Builders Club has been meeting GARBC churches’ financial needs through the generous donations of fellowshipping churches since 1951. In November, Director Michael Nolan met with the board of administrators to review proposals from five churches requesting Start Up, Help Up, or Build Up assistance. These three categories, respectively, provide help to churches that are being planted, constructed or remodeled, or have been damaged from a natural disaster.

Desiring to distribute the funds with wisdom, the men prayed for each congregation and its pastor, community, and needs before making the following decisions. 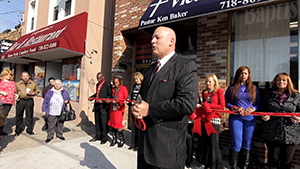 Victory Baptist Church, Bronx, N.Y., was accepted into the GARBC fellowship as a mission church in 2011. When Hurricane Sandy swept through the East Coast, the building the church had been renting was left uninhabitable by 11 feet of floodwater. After the flooding cleared, Pastor Ken Baker walked through the devastated building, seeing the damage and debris.

“Our baptistery was broken to pieces and thrown up on the hill. The refrigerator was thrown through three interior walls and ended up about 90 feet away from where it originally was plugged in. I looked around trying to see what we could salvage. I looked around to see if there was anything that was worth keeping, and everything down there seemed to be destroyed.”

Walking around the site, Pastor Baker asked God, “What next? Where do we go from here?” But he says, “I didn’t know what God had for us, but I knew He had something big for us. I knew this was going to be a turning point in our ministry. I knew that God was trying to grow us. Even though we weren’t planning on it, God was getting ready to take us to the next level in our ministry.”

When the church began two years ago, no one could have anticipated the increased expense of needing to relocate the congregation. Baptist Builders Club’s board of administrators approved a grant for emergency funds to help this young church relocate. In just six days Victory Baptist transformed a nearby office space into a place for worship, where the church can continue meeting spiritual needs in the Bronx.

“I’m so thankful for the building God has given us, so thankful for the location that God has placed this building,” says Pastor Baker. “I look around, at the potential that we have to serve Him in the Bronx. And we can reach more souls, and more people can get saved as a result of this building. I know there are people hurting right now, but for our church, Hurricane Sandy was the best thing that ever happened to us.” 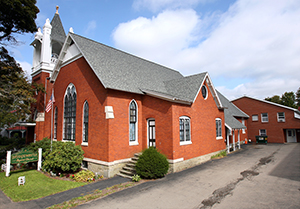 The 204-year-old Bridgewater Baptist Church, Montrose, Pa., is a previous Baptist Builders Club applicant, having requested an interest-free loan that was approved three years ago for the construction of a new building. The congregation had outgrown the historic brick building where they had been meeting since 1899. Now Bridgewater Baptist has reached the point in its construction project where it could use further assistance. The Baptist Builders Club board awarded the church an interest-free loan.

Bob Kadlecik came to the small town of Montrose to pastor Bridgewater Baptist in 2005, and since his arrival, the church’s attendance has doubled. Back in 2009, when Bridgewater decided to construct a new building, three services were being held in its 200-seat auditorium. Now attendees are not only meeting in three services at the church but in another service at a separate location.

The key to growth, Pastor Kadlecik says, has been forming small groups, which meet once a week during the school year in people’s homes or at the church for fellowship, Bible study, and prayer. And enough individuals are leading those small groups that they are taking place six nights a week.

Regarding what drives church attendance, Pastor Kadlecik says, “People will come a few weeks, but if they don’t have a relationship with you, they won’t stay.”

Bridgewater Baptist Church’s building is a landmark; it’s the oldest church building in Montrose and one of the oldest in the fellowship. But that historic quality that offers much beauty has also left the church with “limited parking, difficult steps for older church members to navigate, and a maze of hallways that can sometimes confuse visitors,” the Baptist Bulletin reported in its 2009 article “Outgrowing a Landmark.” Further, “the cost of mechanical upgrades to heating, cooling, and utilities would be significant.” After a three-month study, the church voted to purchase 40 acres of land on which to build.

Pastor Bob Kadlecik is thankful for the financial help that will impact its present congregation and future members. As he said after receiving the first loan in 2009, “A church building can be a gift of one generation to many that are to come.” 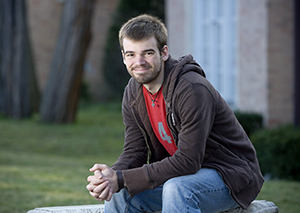 In Wilkes-Barre, Pa., a team of church planters has planted Restored Church under the Association of Baptists for World Evangelism and Project Jerusalem, a church-planting strategy of Baptist Bible Seminary. Baptist Bible College alumni Dan Nichols and Tim Walker pastor the church, which meets in three houses on Tuesday, Thursday, and Saturday evenings.

“Each house church comes together to have a meal, build relationships, talk about life, and study through the Bible in a guided discussion format,” explains the church’s website. “These house churches are meant to grow and multiply all over the city as we seek to make more and better disciples of Jesus.”

Restored Church hopes to begin holding weekly services in September 2013 in the Downtown Arts building they’re renting—a 200-year-old cathedral that seats about 700 people. In the meantime, the church holds a Sunday “preview service” there once a month to introduce itself to the community and cast its vision for ministry while building a core group of members.

Restored Church, accepted into the GARBC in June, turned to Baptist Builders Club’s three-year Start Up plan for assistance in beginning its ministry. The board approved grant support of $5,000 for this work ’s first year and will review the church’s progress annually to determine whether it also qualifies for assistance during years two and three. 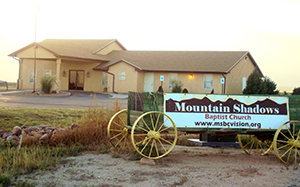 Mountain Shadows Baptist Church, Pueblo West, Colo., began in 2002 when it received a Start Up grant from Baptist Builders Club. Pastor Jim Mitchell of Baptist Church Planters has led the church since 2009. His goal, he says on the church’s website, “is to see this church grow numerically and spiritually to the point where it can graduate from mission status to an independent, self-supporting work.”

The congregation is now outgrowing its facility and needs funds to expand. Chris Hindal, director of GARBC International Ministries, visited the church in 2011 and described it as “a vibrant congregation” that “pack[s] out their small auditorium.” And growth is still occurring, with Pastor Mitchell likewise saying, “We are currently filling our little auditorium every week and need more space to be able to grow.”

The Baptist Builders Club board approved the church’s request for a $5,000 grant and a $10,000 interest-free loan under the Build Up plan.

Mountain Shadows Baptist is working with Continental Baptist Missions builders, who will construct the addition as soon as they’re finished with the project they’re currently working on.

“We are excited and very thankful for the grant that has been awarded to us at Mountain Shadows,” says Pastor Mitchell. “With the addition finished, our church family will be in a position to call a full-time pastor and also have room to continue to grow. At present we have almost 75 percent of the finances needed, and we are trusting the Lord to supply the rest in time to build without any debt.” 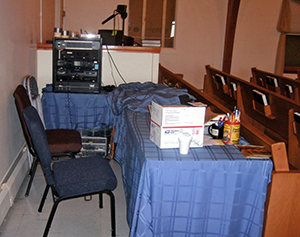 Rustic Hills Baptist Church, Colorado Springs, Colo., has been in existence for nearly five decades and now finds itself needing to repair its aging facility.

The church plans to replace its septic system lines, which are broken in some places; update and expand the kitchen area with new appliances, cabinets, sink, countertops, and flooring; and remodel the auditorium with new seating, platform furniture, and a sound/projection booth.

Baptist Builders Club is able to disburse funds to churches like these requesting assistance because GARBC churches and individuals donate to the ministry each month.

Administrators of Baptist Builders Club are “anticipating a stack of new proposals and applications for their next meeting,” says Nolan, including “two possible church plant applications coming in April.” Churches and individuals can partner with Baptist Builders Club to meet the prayer and material needs these proposals will contain by becoming a member or donating online. Such a gift is truly one that lasts, for it not only helps meet churches’ immediate needs but provides for their future.