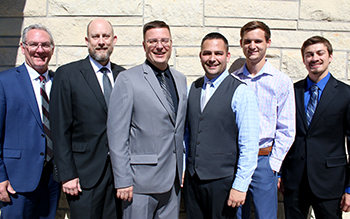 The city council of West Lafayette has proposed an ordinance that some say is an attack on Biblical counseling, parents' rights, and religious ...more

Church ministry leadership is usually generational. Churches that have been growing and visionary often have had a group of pastoral and lay leaders of a ...more