Students Get Taste of Church Planting in Nebraska

When students leave home to attend Bible college, many of them face the question, What church should I attend? 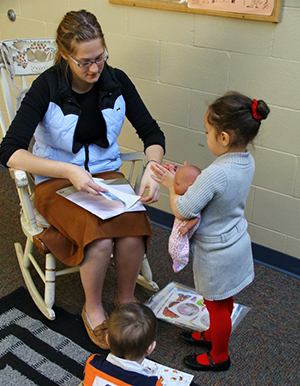 BENNINGTON, Neb.—When students leave home to attend Bible college, many of them face the question, What church should I attend? When it comes to local church ministry, this decision is especially significant because Bible colleges are limited on how many practical ministry opportunities they can offer. Therefore, a student’s choice of a church can have a huge impact on his or her overall ministry training.

At Faith Baptist Bible College and Theological Seminary, Ankeny, Iowa, there is no shortage of options, with approximately 30 like-minded churches within driving distance of the school. But a church in another state has also attracted dozens of students over the last six years.

Bennington (Nebraska) Baptist Church, located two and a half hours away, has taken the concept of local church ministry a step further by offering Faith students the opportunity to experience church planting firsthand. This ministry initiative has been referred to as the SWAT team, an acronym for “Serving We Are Trained.”

In September 2009, Pastor Eric Wilmeth and fellow leaders of Bennington Baptist visited Faith with an invitation for students to partake in the church’s ministry. One month later, four freshmen guys made the inaugural weekend trip to Bennington and participated in the Sunday morning service, which takes place at an elementary school. Originally known as “The Bennington Bunch,” this group was joined by several other students who periodically took turns making weekend trips to Nebraska. A year later, the “SWAT” identity was officially adopted, and groups of three to four people continued to visit Bennington once or twice a month throughout the school year.

Leaving the college campus on Saturday evening, the groups would drive to Bennington, spend the night in the homes of church members, participate in the Sunday ministries, and return that afternoon or evening. In addition to normal setup and tear-down for the morning services, students have taught junior church, worked in the nursery, led music, played instruments, and even preached. All of these ministries are available at churches in the Ankeny area, but the church-planting environment adds a whole new perspective.

The SWAT team has always been led and organized by Faith students in cooperation with the leadership at Bennington Baptist, and it doesn’t replace students’ semester-long involvement in their local churches. Rather, the SWAT team has allowed students to get a small taste of home missions that they probably would not otherwise obtain. Some students have made only a couple trips out to Bennington, while others have been there five, 10, or even 20 times.

Only God knows the long-term results of the SWAT ministry. Because almost every trip is composed of a different mix of students, many unique friendships are formed as they travel and minister together. Several students have become well-acquainted with families in Bennington, creating a bond that has been renewed whenever they return. At least one student has sensed God’s call into church planting as a result of his long-term involvement in the ministry. Bennington’s SWAT accomplished exactly what it set out to do by providing ministry training through service.

Next post Students Get Taste of Church Planting in Nebraska